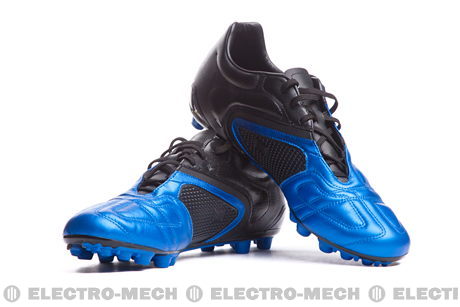 I don’t think any of us have a real grasp on the amount of money that is invested and spent in the marketing, advertising and promotions for the World Cup. Each year, FIFA, has a list of partners and corporate sponsors that are some the major big bucks behind the scenes. But the rest of the marketing dollars total into the billions.

In 1984, a World Cup sponsorship jumped from $2,000 to $16,000 in 1996. The major sponsors for that game were Coca-Cola, McDonalds, and Adidas. The sponsors count on the millions of viewers, but the hosting cities also count on the huge influx of fans that will show up to attend and spend. An example is the 1994 World Cup, held in the U.S. This generated $623 million in economic profit for the area. Compare that to 182 million for the Super Bowl.

The 2014 World Cup advertising has been estimated to cost $1.5 billion, according to estimates from ZenithOptimedia. And Nielsen stated in a Wall Street Journal report that the tv advertising dollars spent in 2013 for soccer alone escalated to $378 million. This is an increase of 43% when compared to the 2010 dollars spent.

The big advertisers for the 2014 World Cup game are Coca-Cola, McDonalds and Sony. As any ad-exec knows, advertising can be a big gamble. The 2014 games brought a large investment in advertising from the athletic apparel manufacturer Adidas. However, it’s all in the message…and it appears that Nike’s brilliant ads have taken over the interest of the fans. The scoreboard ads for Nike are just snappier and better. It is rumored that Adidas spent between $25 and $50 million to be the major FIFA partner. It appears that they will be looking for a new advertising agency for the next World Cup tournament.

Adidas was not alone in the amount of money invested as a partner. They were joined by Coca-Cola, Emirates, Hyundai Motor Company, Sony and VISA. Now these may be the big names with the big bucks, but we can’t undervalue the corporate sponsors. This group includes many familiar names such as: Castrol, Budweiser, McDonald’s, Johnson & Johnson, Brazilian Telecom Tompany, Moy Park (European organic food producer), Oi and Yingli Solar. They are shelling out from $10-$25 million per year as second-tier sponsors. These are brands that generate enough dollars to light up any stadium scoreboard, complete with banners, video and live feeds.

FIFA does not make it easy to be part of their advertising club, at least not easy on the wallet. In 2013, they generated $404 million just in marketing rights that are associated with the 2014 World Cup. This actually only reflects about 29% of their annual revenue.

The amounts of money that has so far been discussed doesn’t even take into account the increased revenue generated from everything else associated with the game. This can include all of the sports and athletic wear, the memorabilia, and paraphernalia. While these are actual physical items, there is also an additional area to consider that is a bit more long term: the financial and stock increases expected for each of the sponsors and partners. When you factor these dollars in, we have moved past the millions and into the billions of dollars.