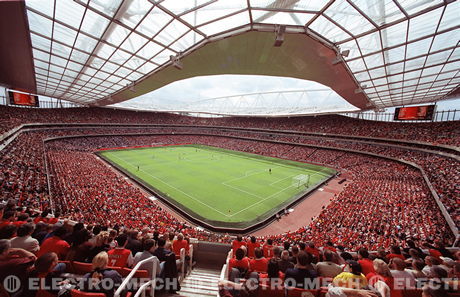 Sports footwear is big business, and pretty much dominated by the two behemoths, Adidas and Nike. The two giants are in the midst of a battle to have their names and logos on everything that relates to the World Cup. The winner will appear on uniforms/kits, all the way to electronic scoreboard ads. The quest to be the top brand is an ongoing marketing war between the historic name of Adidas and the newcomer, Nike.

When we are talking about a $5 billion industry, it is serious business. Adidas has been producing sports footwear since the 1950’s and considers itself the front runner with the most experience in knowing what the sports world needs. The younger company of Nike, has catapulted up in popularity. Both companies bring product excitement to the table, with inspiration designs for Adidas by Argentine Lionel Messi and the latest idol of Brazil, Neymar, promoting Nike.

Competition is tough, with Adidas projecting a $2.8 billion ($2 billion Euro) in soccer related sales. Nike has a shorter twenty year history in the soccer world, but has already proven themselves to be a contender; anticipating $2 billion on its own in sales. Between the two companies, they dominate eighty percent of the soccer related products. Nike has ten of the thirty two finalists, so far, which outnumbers Adidas and Puma; but the game isn’t over, yet.

The World Cup is an every four year event, and requires the top styles, looks and colors for the soccer sportswear. Beyond just appearance, is the science and technology of the designs and products. The launch of the Nike ‘Magista’ boot has a base in the Flyknit technology of the company. They have experienced an excellent level of success with this design in basketball and running shoes. It has an upper portion created from a material of knitted synthetic strands. They know that the overall kits will create an increase in immediate sales, but the boot itself, is planned for the long term. The feel of the shoe has been said to be like “barefoot with studs”. At an average cost of $275, those that want to imitate their soccer heroes will have to budget quite a bit ahead.

Adidas has launched their version of the latest boot, called the ‘Samba’. Their four main competitive soccer shoes presents their own concept of the ‘knitted’ boot, and they feel that this has the potential for a revolution in the way Adidas shoes are produced.

The up-and-coming Puma has been located in the same German town as the giant Adidas, and they are seeking a shift to a return to sports performance, rather than as a fashion icon. They have launched their ‘evoPOWER’ boot, which is bright orange and snug-fitting. Their yellow laces are offset to a single side and was inspired by barefoot beach soccer, is so popular in Brazil.

The jury is still out on the winning name that will appear on the banners and electronic scoreboards for the top dog in soccer wear. It seems as though the selections might be based on personal choice, this year and could be a balance between all of the manufacturers.