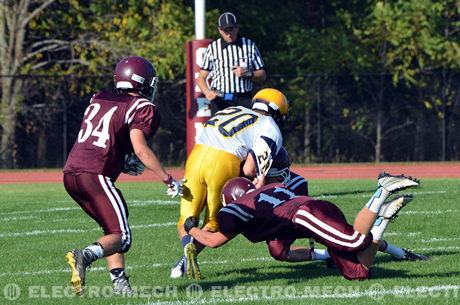 We are always reading (and expressing our disapproval) about the size of player contracts, but rarely do we hear about the contracts coaches sign with their franchises. The size of a contract depends on a number of factors such as the historical success rate of the coach, how much other coaches are earning, how much cash to splash the club has, and so on. In this football scoreboards feature, I have taken a look at the ten richest head coaches in the NFL. As you will see, some of them have brought great things to their team, and deserve the rich rewards that they get, whilst others are just expensive burdens who have achieved nothing!

10. Lovie Smith
The Bears hired him in 2004 as their coach but it did no good for the team. They are in the same position as they were then, and have shown only minimal improvement. Lovie Smith’s salary does not reflect this, as he takes home no less than $4.8 million a year. It’s a good life being a coach – your performance is mediocre, but you rake in millions a year!

9. Jack Del Rio
The Jacksonville Jaguars coach, Jack Del Rio has been coaching the same team for the past eight years – the first man ever to spend eight seasons with one team without winning a title. He has led the Jaguars to the playoffs twice in 2005 and 2007, and is now earning $5 million a year. Surely he is not going to be with them for that much longer though, the Jaguars fans are impatient and want some success!

8. Tom Coughlin
The oldest coach in the league, Tom Coughlin is a great head coach for the New York Giants. At 64, Coughlin has led the Giants to Super Bowl victory in Super Bowl XLII and is known for bringing the best out of his team and for the respect all the players and management have for him. There is no doubt that Coughlin deserves each and every penny of his contract – i.e. $5.25 million a year!

7. Mike McCarthy
McCarthy has given his team, the Green Bay Packers some great innovative and creative ideas along with some amazing quarterbacks, for which the team should be grateful to him. In addition to this, he has brought his team to an entirely new level. Four teams under his coaching have been ranked amongst the top ten in terms of total yardage for three consecutive years i.e. 2007, 2008 and 2009. To finish in the top 10 for the past four consecutive years is a record which the Packers share with the New Orleans. McCarthy earns $5.5 million a year and certainly deserves it!

For more information on Mike McCarthy, go to:
http://en.wikipedia.org/wiki/Mike_McCarthy_%28American_football%29