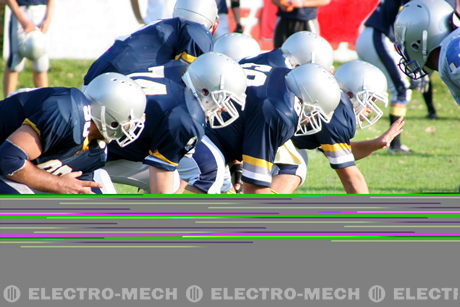 The Statue of Liberty Play

The Statue of Liberty is the granddaddy of trick football plays. It dates all the way to the 1800s. The play can be used out of several football formations. The basic premise is a play that appears to be a pass ends up as a run. The quarterback goes back to pass, and as he brings his arm backward, a running back sneaks up behind him, snatches the ball out of his hand, and takes off. The play gets its name from the quarterback’s freezing for a moment during his delivery, as if he were a statue. Perhaps the most famous recent use of this play came in the 2007 Fiesta Bowl, when Boise State used it for a two-point conversion that won the game in overtime. The play allows the opportunity for variations; in Boise State’s case, the quarterback pretended to throw with one hand while handing the ball off with the other.

The Hook and Ladder Play

The same Fiesta Bowl game that saw Boise State succeed with the Statue of Liberty also saw it score a key touchdown with the hook and ladder, also called the hook and lateral. In this play, a receiver catches a pass and, as tacklers close in on him, laterals to a teammate. The key is to have the teammate running at full speed when he catches the lateral so that defenders are not able to react in time to catch him. The hook and ladder is often used in a desperate situation, such as when a team must go many yards for a touchdown with little time left in the game. In Boise State’s case, it had to go 50 yards for a tying touchdown with 7 seconds left in regulation time.

In the flea flicker, a running back or wide receiver takes a handoff from the quarterback, runs wide, and then tosses the ball back behind him to the quarterback, who tosses the ball far downfield. When executed correctly, the misdirection can freeze the defense and allow a receiver to get wide open downfield. The flea flicker is one of the more common trick plays. This is a particularly risky play, for if the toss back to the quarterback is off target, the offense can lose many yards or even possession of the ball.

In the fumblerooski, the quarterback intentionally fumbles the ball when it is snapped but then continues with the play as if nothing has happened. An offensive lineman scoops up the ball and takes off with it. The most famous use of the play came in the 1984 Orange Bowl, when Nebraska used it to score a 19-yard touchdown during a narrow loss to Miami. Sadly, the fumblerooski was later made illegal in pro, college, and high school football.

Perhaps the most risky trick play is the fake punt, because if it fails, a team can lose 40 yards of field position. The standard football formations used for punts have blockers behind the line of scrimmage to pick up punt blockers who break through the line of scrimmage cleanly. In a fake punt, either the center can snap the ball to one of these “up backs,” who tries to run for the first down, or the punter himself can pass or run. A fake punt is rarely used by a team that is deep in its own territory, as failure can leave the other team with only a short distance to go for a touchdown.

3 thoughts on “The Five Best Trick Plays in Football”