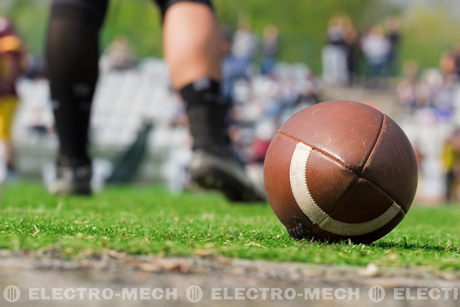 The original Silverdome graced the skyline of Pontiac Michigan from 1975 through 2006. Home of the Detroit Lions the Michigan Panthers, the Detroit Pistons, the Motor City Bowl and the Cherry Bowl, it was also host to the football state finals of the MHSAA; 1976-2004 and the 19984 FIFA World Cup, four of the first round games.
The seating capacity topped over 93,600 when Pope John Paul II celebrated Mass in 1987.

This mega stadium was the finalized concept of C. Don Davidson, a local resident, athlete. Davidson’s dream was to bring a new facelift to the then downtrodden city of Pontiac. After he met with the Detroit Lions owner and presented an initial plan, the idea of the stadium became a reality.

When viewing the Silverdome, it was difficult to realize that the dome color was actually white fiberglass, Teflon-coated panels. The silver look was to due the sun’s reflection. The panels were pressurized with air coming from inside the stadium. A 1985 snow storm caused structural damage and a new roof with steel girders was installed using canvas.

The people of the Detroit Michigan area flooded to The Dome to support their teams as well as all of the special events that were held there. From Marching Band competitions, Wrestlemania and rock concerts, the Silverdome was the center of activity. Elvis Presley sent the house rocking in 1975 to over 62,500 fans. The rock group, The Who set a first world record for an indoor attendance in 1975. That record was broken in 1977 by Led Zeppelin, when they performed for over 76,000 fans. Super Bowl XVI was held in 1982; 1988 and 1991 brought NCAA Men’s Division I Basketball Tournaments; 1994 The Dome was the site for World Cup.

Over the years, the financial crisis of the city of Pontiac began to take its toll on The Dome. This situation, combined with the fact that the Detroit Lions had moved to Ford Field in 2002, meant that The Silverdome had to be put up for sale. Early 2008, one company made one of the highest offerings with the intention to convert it from a stadium to an entertainment complex. It eventually went up for auction and was sold to a Canadian real estate developer. The new owner’s intention was renovate and revive the stadium. A lot of time and money went into giving The Dome a well needed facelift with the re-opening in April of 2010. A Monster Truck gala event took place, bringing a new group of fans to the stadium.

Later event included the Stars of Football League, a Detroit based organization when they used The Dome as their flagship franchise base; the Michigan Coyotes chose The Dome as a return in 2012.

The people of Michigan and particularly Pontiac and the Detroit area have suffered severe economic problems in the last number of years. The vision and view of The Silverdome is one bright moment and, with a little luck, will bring the area back into a successful realm.