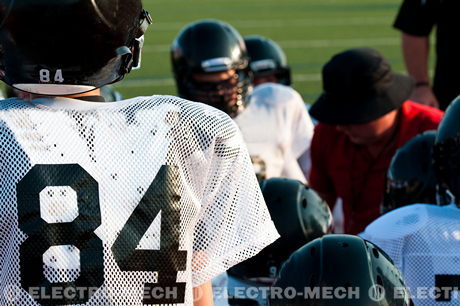 In a soccer scoreboards feature, we take a look at the most famous and coverted soccer players ever to have worn the yellow Brazilian shirt.

Brazil was known always considered the strongest soccer team until its decline which started after the 1994 World Cup. Although the soccer scoreboards show that Brazil won the World Cup for the 5th time in 2002, most of its most successful players were no longer playing for the team. Only a couple of World class players were left, and they led them to the World Cup victory. Brazil is the only team which has won the World Cup 5 times. Let’s take a look at some of the famous soccer players from Brazil.

Pele
His real name is Edson Arantes do Nascimento. He started playing soccer in the slums of Brazil at the age of 15. He got selected for the national team at the age of 16 and at the age of 17 he made his first World Cup appearance and to everyone’s surprise made the country proud by winning the World Cup. He then became a key player of the team and got praised universally for the novel playing techniques which he invented himself. He had immense goal scoring capabilities, and he is the leading goal scorer for Brazil upto this day. He was the only player who was a part of a World Cup winning squad 3 times.

Ronaldo
The Brazilian Ronaldo was one of the greatest players of all times. His real name is Ronaldo Luis Nazario de Lima. He was a prolific goal scorer and set a World record in the 2002 World Cup by scoring 15 goals in the tournament. He was a part of the World Cup winning squad in 1994 and 2002. He played 97 international matches for Brazil in which he has scored 62 goals. Ronaldo’s name appears in the list of greatest footballers known as FIFA 100, compiled by Pele. He has also won the FIFA player of the year no less than three times.

Ronaldinho
His real name is Ronaldo de Assis Moreira but his nickname is Ronaldinho so as to distinguish him from Ronaldo. He is a free kick specialist and is known for his exceptional dribbling ability. He was a part of the 2002 World Cup winning squad. Ronaldinho’s worst performance was in the 2006 World Cup, where he was unable to score even a single goal. However he alone should not be blamed, because Brazil were very poor in the 2006 World Cup. He won the FIFA player of the year award consecutively in the years 2004 and 2005.

Kaka
He was named as Ricardo Izecson dos Santos Leite when he was born but he is commonly known as Kaka. He started playing soccer at the age of 8 when he joined a local club. He is one of the youngest players to have become a superstar in Brazil and he plays in the attacking midfielder position. Kaka was a part of the World Cup winning squad in the 2002 World Cup. He first big team was AC Milan and after his success there he joined Real Madrid for a world record fee of $89 million.

For more information on football in Brazil, go to: en.wikipedia.org