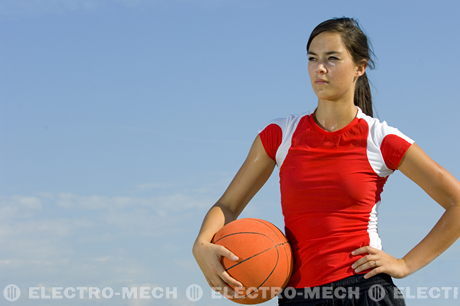 The competitive nature of the Asian communities is exemplified in their intense love and attitude for sports. Basketball, is by far, one of the top four favorite sports in Asian culture and there have been some controversies as to how and why it became so popular.

Many Americans seem to believe that the excellent playing of China’s top player, Yao Ming, in the 2,000’s, catapulted basketball to the front of the fray for Asian sports. While there is no doubt that Yao’s fame is top notch in China, he is not followed in the rest of the Asian countries as a main reason for their love of basketball. If you look at the number of basketball jerseys worn by fans, you will by far see more of LeBrons, Jordan and Kobe shirts, than anything else.

If you research back, you will find a little known (in the U.S.) comic book called ‘Slam Dunk’. This well- crafted comic book has, historically, displayed the true love of basketball and had an incredible following in many of the Asian countries. Of course, the storylines cover love stories, tales of meeting the girl, but throughout each edition, it is blended with a unique passion for the game of basketball. Fans of this comic book enjoy the humor and sometimes the idiocy of the main characters, which offers a distinction between this book and others that are out there. The comic book was often, the first introduction of the sport of basketball to many Asians, and sells about 120 million copies worldwide. This comic book brought about as much notoriety as an electronic scoreboard at a hot basketball game.

Asian Americans began playing basketball in and around 1947. It was an inexpensive game that required little space or equipment. It also became popular for those that were in the Japanese internment camps during wartime. In Chinatowns across the country, early to middle twentieth century brought about a more heightened interest in basketball. Both of these sad times for Asian Americans in our history and having their own teams allowed the players to progress and advance in the sport, without the usual derogatory comments from other non-Asians.

Around the globe, American sports along with American culture has continued to grow in popularity. For Asians, basketball has become an excellent sport, because it can be played, pretty much, anywhere, with little investment. Players such as Yao Ming have catapulted Asian skill in basketball to the forefront, allowing a variety of Asian countries to establish their own teams. Fan numbers have increased so that the addition of electronic scoreboards has become a more prominent site.

On the courts around the world, Asian teams are fast and lithe. Their determination, competitive nature and fast decision making brings much to the table as savvy players. One of the key points of popularity for basketball is that it doesn’t require much in the way of large amounts of physical strength. Height is a drawback in many of the Asian cultures, and this is typically why you will usually see Asians competing against other Asian teams.