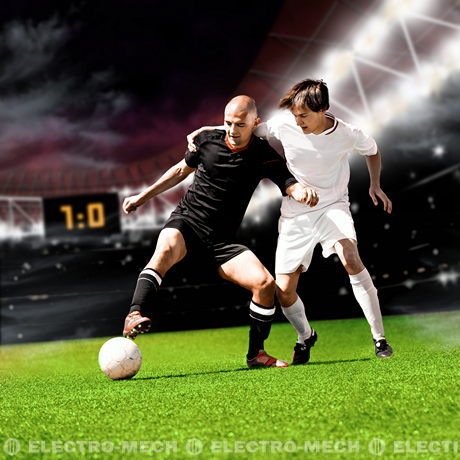 This year’s World Cup has brought about some of the most spectacular venues in FIFA’s history. Brazil has pulled out the red carpet in creating twelve host stadiums that can only be described as over-the-top. With a main focus on ecology and renewable/sustainable energy, these stadiums have demonstrated that Brazil knows how to throw a party, while still respecting nature.

Sao Paulo’s Arena De Sao Paulo: Seating capacity is set at 65,807, however, 20,000 of these are temporary seats that were added solely for the World Cup games. 269 miles from Rio, this stadium is nestled on a plateau in the southeast on the Atlantic Coast, it is the home of the Corinthians.

Belo Horizonte’s, Estadio Mineirao: a modernistic circular stadium that has been given a high end facelift from its historic look. The improvement in the surface of the pitch has allowed the ability to capture as well as store rainwater for reuse. The capacity of 6,270,000 litres follows the ‘green’ guidelines set by Brazil to have construction that is nature friendly.

Fortaleza’s, Estadio Castelao: With 16 miles of beaches, this stadium is in one of the hottest tourist areas of Brazil. Fans have access to the games via the new bus lanes, light rail vehicles and 2 metro stations. Seating capacity is 60,342 and it proudly boasts the newly added roof that covers everything from pitchside ring seating to all of the tiers.

Rio de Janeiro’s, Estadio Do Maracana: Originally built in 1950, the newly overhauled stadium is the flagship of the games in Brazil. The new construction included a complete rainwater collection system as well as a new roof, but since the façade has been included as part of the National Institute of Historical and Artistic Heritage listings, it remains completely original.

Brasilia’s, Estadio Nacional: Exquisite architecture that exudes the excitement and culture of Brazil. Newly refurbished with a metal roof and lowering the pitch so that every seat in the house has a good view. Seating capacity is 68,009 and will host seven games.

Recife’s, Arena Pernambuco: The beauty of quiet beaches are combined with the magnificent construction of this stadium. Unique in its design and controversial in its location, this stadium has brought numerous restaurants, cafes and tourists to a previously poverty area.

Salvador’s Arena Fonte Nova: The signature horseshoe construction design, remodeled after the former stadium that stood for many years. Hosting six games, with seating for 51,900, the new area boasts a museum of football, along with a plethora of restaurants, cafes and shopping.

Cuiaba’s, Estadio Pantanal: The smallest of the stadiums, with seating at only 10,000, this venue features sustainability as their centerpiece. The beauty of nature abounds with trees and plants everywhere.

Curitiba’s, Estadio Da Baixada: One of the oldest stadium location in Brazil, the newly renovated venue maintains its devotion to the history of football/soccer, yet now is considered to be the most modern. The additional seating that was added punched up the seating capacity to 40,000 as they host 4 of the matches.

Manaus’, Estadio Amazonia: 5 miles from the Amazon River, the unique construction was designed to resemble one of the indigenous traditional baskets. The roof is coated so that it reflects the tropical heat and acts as a cooling agent. Hosting 4 games, with 44,500 seating capacity.

Natal’s, Estadio Da Dunas: While the smallest city to have a World Cup stadium, the area is known for their calm quiet beaches and inexpensive (yet quality) food and restaurants. Seating capacity is 42,086.

Porto Alegre’s, Estadio Beira-Rio: Demolition of part of the old stadium and the addition of a new roof and tiers, grew the venue to 50,000 seats. This is a stadium focused on the game and less on tourism, as the fans do have a 20 minute walk for restaurants and entertainment.