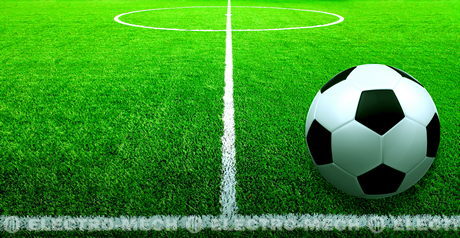 1 v 1 Dribbling Through the Gate; Ages 6-14
Use a large field and set up a lot of ‘cone gates’ which are about one yard apart. Pair up the players with one of the two possessing the soccer ball.

When the coach blows the whistle, player will try to dribble the soccer ball through as many of the ‘gates’ as possible and the other player will at the same time, be trying to steal the ball. Time= 30-60 seconds. The player with the ball cannot go through the same gate two times in a row. One point is given for each gate. If the other player steals the ball, he gives it back to attacker. When the time is up, each player will switch positions. The one with the most points wins. This is a great dribbling drill that is a lot of fun.

Killer Whale; dribbling and shielding; Ages 6-14
Variations in this dribbling drill can include specified timing using a stop watch and you can use either one or two killer whales.

Using cones, create a large circle with 4-14 players in the circle dribbling the soccer ball. Two defensive players will be wearing ‘pinnies’ and will be designated as the ‘killer whales’

Nascar; most fun for younger kids; Ages 6-14
Variations in this can include the coach shouting ‘reverse’ and everyone has to reverse the direction of their car as well as ‘downshifting’ from fast to slower.

Speed Racer; dribbling for younger kids; Ages 6-10
Variations can include telling players they can go in any direction. This might assist in helping them to keep their heads up.

Using cones, create a large circle. Players locate and stand next to a cone. When the coach blows the whistle, the player races around the track and tries to be the first one to return back to their cone.

Using cones, create a large circle. You can have 4-18 players inside the circle, each will have a soccer ball. The object is for players to try to kick other soccer players soccer balls out of bounds, while at the same time protecting their own soccer ball. The player that kicks the most out, wins the game.

Tag variation; Ages 6-8
Change outs in this can include heads up only.

Create a 20 yd x 40 yd grid. Begin with one player in the middle, in possession of a soccer ball under their armpit. This person is designated as ‘it’. The rest of the players will be lined up on one of the grid with a soccer ball at their feet.

Explode; Ages 6-14
Variations in this can include when exploding, required to be body low, use the shoe lace part of the players cleat to take off.

Using flat cones, make two large circles. The outside of the circle should be around 15-20 yds from the inner circle.

Player will dribble inside the small circle of cones. When the coach blows the whistle, players explode to the outside of the circle and will dribble their ball around an outside cone. The first player that returns back to the inner circle wins.