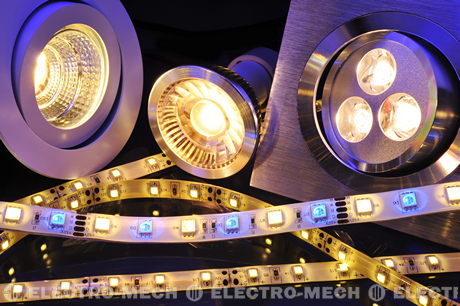 You might remember when the first widescreen televisions entered the market. One of the challenges of that technology was that to get a good view of the picture, you literally had to be face-on in front of it. Moving to any other angle, meant that you lost the brightness, clarity and picture. That was because the early LCD screens were manufactured with what is referred to as ‘narrow viewing cones’. Technology has come a long way since that time, especially on the topic of electronic scoreboards. LED lighting has hit the market and has not only overcome any viewing issues, but has taken scoreboard viewing to such a level, that even the seats in the back of the stadium can usually see all of the colors and tones clearly.

The definition of LED viewing is actually not the angle in which the picture can be seen, but the angle that maintains the clarity of the brightness of the LED. LED manufacturers have a formula for the percentages of view angle and rate them as: marginal, sufficient and optimal brightness. There is also a difference between viewing and reading angles and each one is dependent upon the size of the scoreboard screen, contrast conditions, ambient light and the LEDs themselves.

The viewing angle is actually measured so that for a flat or one-side screen it gives a maximum of one hundred eighty degrees from one direction to the exact opposite. LED lighting is configured in a measurement so that the point at the half viewing-angle from face-front is half of the brightness as it is from direct front. This gives an incredible advantage to LED lighting as it expands the read angle considerably. An easier way to explain this might be that the viewing angle is the angle in which the brightness of the LED is at half; the reading angle is the angle from which a person can easily read the electronic scoreboard and the viewing angle is usually less than the reading angle.

The older style electronic scoreboards presented a number of problems from both the view and read angles. Images often had poor color saturation, they were blurry or very faint outside the limited angle of view. In some cases, tones appeared darker or even black if not seen from a front view.

While LED and scoreboard manufacturers seem to have made a science out of this, you might wonder why it is important for the scoreboard. The answer to this is that an investment in a scoreboard is one that you want to ensure a majority of the fans can see and read; it’s more than just where to install an electronic scoreboard, but where the optimum view and read angles are.
A professional electronic scoreboard manufacturer such as Electro-Mech will work with you and your team to advise and counsel on the best size and location for your scoreboard. Electro-Mech knows that seeing and reading the winning score of your team is the ultimate goal.