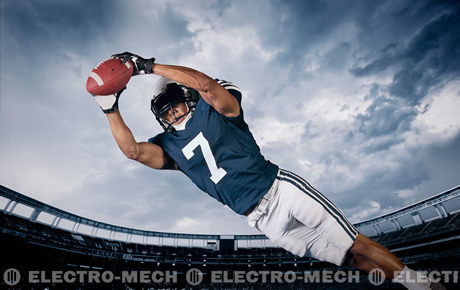 In a football scoreboards feature, I have reviewed the latest goings on in the NFL labor dispute.

The dispute (fight, battle, war…everything fits!) is over the contract/agreement between the NFL franchise owners and the NFL Players Association. To say that the owners and the NFLPA don’t like each other would be like saying that the Cowboys and Redskins are friendly! Everyone, who pays even the slightest of attention to football, probably knows that a big battle has been going on behind the scenes (or should I say “behind the lines of the football field”!) for the better part of last year and this. However, if you don’t know what the dispute is about, or simply don’t know all the details, let me fill you in!

1 – Ol’ Blood – first and foremost, you should know that this isn’t the first time the owners and the NFLPA have been at each other’s throat. There have always been misgivings and misunderstandings. So much so it is almost like a rite of passage for them now. However, this time around things are so bad that there is talk of lockouts by the owners and strikes by the players. And it has only happened twice before in 1982 and 198.

2 – Money – when has money not been one of the reasons of any dispute? As pertained by the current agreement (which has to be renewed soon), the NFL generates about $9 billion in one season, the owners get to take $1 billion of it for meeting their various expenses, while 59.5% of the money goes to the players. The owners are demanding another billion for the expenses, thus reducing the players’ payout. To make matters worse for the owners, the federal Judge David Doty recently ruled that the owners can not use money generated through the TV networks until this dispute is resolved.

3 – Expanded Seasons – besides money, the other issue is that the owners are pushing for a longer season. Instead of 16 games, they want 18 games. On the other hand, they want to reduce the preseason to 2 games from 4 games. This is simply not acceptable to the players.

4 – Rookie Wage Scale – the one thing both sides seem to agree on is that a rookie wage scale should be created. However, they do not agree on the way of implementing it because the owners want to put a cap on the salaries of the draft choices.

5 – Benefits for retired players – guess which side is demanding what? The owners want to reduce the limit of retired player’s benefits, while the players want increased support.

For more information on the NFL; go to:
nfl.com