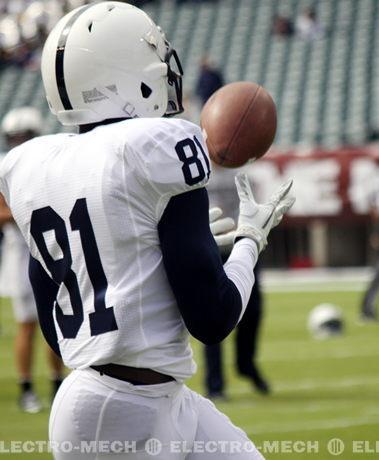 Auburn, Alabama boasts an incredible support of their favorite sport, football.   The Jordan Hare Stadium exemplifies the area’s team spirit at each game, with crowds that top of the charts.  As the fifth largest stadium in the U.S., the 85,214 seating capacity, the attendance record was set for the stadium in 1989 at 85,319. Those that were there will remember when Auburn won against Alabama, which was at that time undefeated, untied and ranked second in the U.S… That was the day that Auburn was officially on the map.

The Jordan Hare Stadium started out as a rather small stadium. Opened in 1939 with seating for 7,500, it was then known simply as the Auburn stadium. That portion of the stadium can still be seen as the lower portions of the now well developed football stadium of today. By 1949, they expanded the size to 21,500 and changed the name to Cliff Hare Stadium. By the year 1951, there had been three more expansions and the seating capacity (as well as attendance) had grown to around 61,500 and named after Ralph (Shug) Jordan, their beloved coach. 1987 brought the additions to bring the capacity up to today’s number and it was all brought about due to the old concept of supply-and-demand.  You see, the people of the Auburn area simply demanded a bigger stadium.

If you have ever lived in the southern states, you will know that football is closer to a religion than anything else. The devotion of this sport is legendary and bordering on the fanatical. Those that have grown up with the Jordan Hare Stadium view it as a place of wonderful memories and where their families have shared many an attendance to a game. It is not surprising that the actual stadium is three times the size of the city. People from miles around will travel to attend the games; that’s how serious this is.

The growth and popularity of the stadium was due to the people and the support of the university. With the growth came the ability to compete on an even level for the championship games. Press boxes, the East Deck and the final expansion brought the size of this stadium to accommodate the huge crowds and loving fans; as well as the overflowing media. The Auburn Tigers also continued to prove themselves as an incredible team, with unparalleled talent.

Part of the mainstay of the past for Jordan Hare Stadium had been its ban on advertising on the interior of the location. That all changed in 1998, when special corporate sponsorship was voted in. The stadium received a bit of a facelift with fresh paint and small overhead televisions. The most impressive addition was the large screen scoreboard that was added that almost covered the width of the entire South Stands. Advertising wasn’t the only thing that was displayed on this scoreboard; as it included historic views of some of Auburn’s best athletes like Tracy Rocker, Bo Jackson, Pat Dye and Pat Sullivan. The visionary board of directors also made a smart move by adding a customized, computerized sound system. This stadium is now a proud representative of the powerful team that plays there and the fantastic fans that cheer them on.