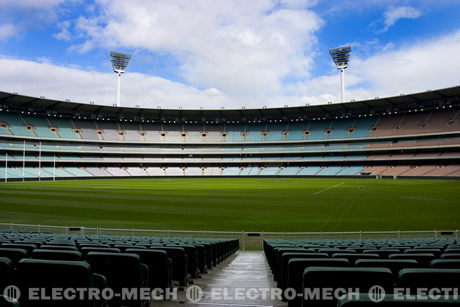 If you watch any news or view it on the internet, it is hard to miss all of the fanfare about the FIFA World Cup in 2014, in Brazil. The country is considered to be one of the top nations in the world for soccer expertise and no wonder; at any given time Brazil has over 10,000 players, on a professional level; complete with playing fields and electronic scoreboards.

Soccer is to Brazil as baseball is the America. There is not just a love for the sport, but a true passion. Soccer was brought to the country by a Scotsman in the 1800’s. Already a popular sport in Britain, he introduced Brazilians to a game with very little in the way of equipment or professional guidance. As more British began living in Brazil, they brought equipment and the kind of experience that helps team and player development.

Soccer increased in popularity, mostly because it was a game that the people could learn, relate to and it didn’t require large dollar investments in sports paraphernalia. Soccer soon became the main sports focus for the entire country.

Brazil had a claim-to-fame with their prized player, Pele. It was at that time that the world stood up and took notice of this country and their incredible teams. Brazilians had developed their own form of performance, choreographed and agile, they stood out in the crowds. Their form of soccer can only be described as ‘beautiful’. The players interact in tight formations, with a kind of creativity that isn’t found in other teams or countries. When you view a Brazilian soccer team, you become witness to an almost romantic dance between the players and the ball. The familiarization they have with their fellow team members’ playing style is unique and inspiring.

In Brazil, soccer is not limited to a ‘men only’ club. There are many women’s teams, but since the emphasis has not included investment on that side, the teams are mostly amateur. The encouragement, however, is there, and it is believed in time, the women’s teams will be elevated to more professional levels.

Locals in Brazil call their game of soccer ‘Futebol’, which is a derivative of the expression “o-Pais do Futebol” which means ‘the country of football’. This game has become an integral part of the Brazilian culture as very few countries display. Beyond the love of the game, the players of the teams have taken the game to new levels of excellence. This has been shown in their winning placements in the World Cup and, even when they don’t win, they have become the ‘darlings’ of the game.

The sheer number of professional players, combined with an intuitive art of performance has given Brazil an advantage that absolutely astounds other teams. Where most countries have many sports and fans that follow, Brazil focuses on one sport, and making this the best that they can be. This is no more apparent than on the electronic scoreboards that can be seen in every playing field and the smiles on the faces of their loving fans.