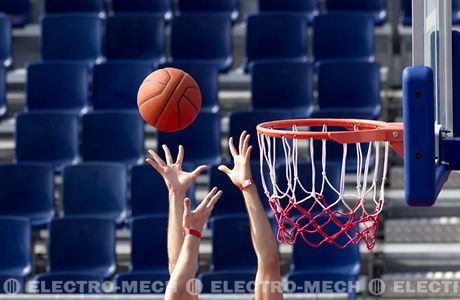 As the NBA season begins this year, as always, a new star is sure to rise through the ranks. The question often asked though, is how do they do it? What key skills do they possess to become a great basketball player? What is it they have that means that the basketball scoreboards are always showing their name!

I have broken down the key skills of a basketball player into the following 6 categories:

Quite simply, you have to have the fundamental skills to play the game. These range from shooting and passing, to rebounding and defence. As obvious as it is, top level players won’t last long if they don’t keep these skills at the highest level. These skills are the foundation on which every successful career in the NBA is built.

The best players are typically extremely good athletes. Being athletic does not mean just being fast, strong, or the best jumper – these are the skills people associate with athleticism, but the word has a more refined meaning. The best basketball players are mobile, agile, and have excellent hand to eye coordination.

Many players have lingering doubts about their own abilities. The top players though have long learned to stop that kind of thinking. They are not satisfied with what they achieved last season, month, or on the last game. The best players set high goals and think big.
Top players who got, for example, 20 points on the scoreboards a game last season aim to increase that by at least 3 baskets per game. The same with rebounds, and every other part of the game. The goals are big, and they strive towards them with determination.

Top players are very aggressive every time they play. Even if they are a quiet person off the court, they become fierce and determined when playing, and this level of passion and competitiveness sends their game even higher.

Even if you are a big thinker and have great basketball ability and physical skills, this only gets you so far. The best players have the confidence that enables them to take their game to the next level. They believe in themselves and know that they can dominate in each and every game.

Being in the Moment

Top NBA players do not over-think the game. They do not let a bad play get to them and impact them negatively on the next play. They keep calm inside when taking the free point throw, and do not let negative thoughts keep them from playing to the best of their abilities.
So this is how the best players do it, and if you want to be a great player, you need to work hard on all 6 of these skill sets.

For more information, go to: news.bbc.co.uk