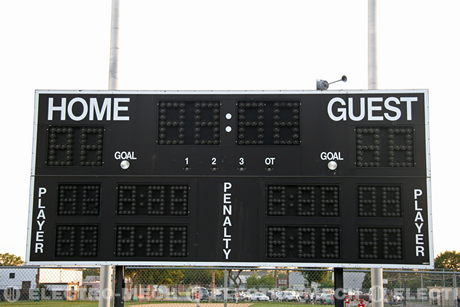 If you are keeping up on the news on the topic of sports stadiums, you would not be surprised that sports venues are continuing to grow at an exponential rate. As old stadiums fall in ratings for what they are offering, the attendance and sponsorship also falls. The number of stadium facelifts and new construction are entering into a whole new era of bigger means better. Any stadium that wants to jet to the top of the ratings also needs the kind of giant video sports scoreboard that will wow the crowd.

In 2013, FirstEnergy Stadium, home of The Browns, had such a low ranking that they were considered to be in the NFL bottom quarter. So it doesn’t come as a surprise that there is a $120 million renovation that will result in a competitive edge against any of the thirty two stadiums in the NFL. Part of the first phase is the gigantic 40 ft by 192 ft scoreboard that is (so far) the 4th largest within the NFL. The scoreboard isn’t just bigger, but it is state of the art, high tech magic. Presentations on this scoreboard will include music accompaniment to the videos with an incredible audio system and quite the display of LED ribbon boards.

One of the major changes in the analysis and ultimate construction of these new mega stadiums is making room for the ever growing sizes of the video sports scoreboards. What once was a lowly method to just view the points made in the game has made a quantum leap to a high tech, visual and multi-media component, and the centerpiece of every stadium.

The scoreboard is now considered to be the major piece for sponsorship and fan support. Every marketing guru is aware that the scoreboard is also part of an omni-channel approach for multi-media and the must-haves include HD LED, social media, streaming live feeds and more recently, real-time fan interaction. Bigger, better, higher quality, flashier and a touch of pizzazz is an absolute requirement for every stadium that is considering new or renovation construction. Special control rooms are being incorporated into stadium areas so that all of this high tech can be managed. The era of massive control rooms have been altered to a streamlined, computer operated area that allows live feeds for video as well as changing graphics.

Sponsorship advertising has also entered into a new era as sleek video and ad campaigns can be quickly added or updated with music background or the sponsor jingle. The time saved on computer-based campaigns is an attraction for sponsors that want quality presentations (that equal excellent return on investment).

The stadiums themselves are expanding in size to accommodate the uptick in attendance. Allocation of premium and club seats are complimented with complete luxury suites and an array of special concession stands replace the old concept of hot dogs and beer stands. It seems that the investment into HD presentations is paying off, as stadiums continue to get bigger and the experience better.