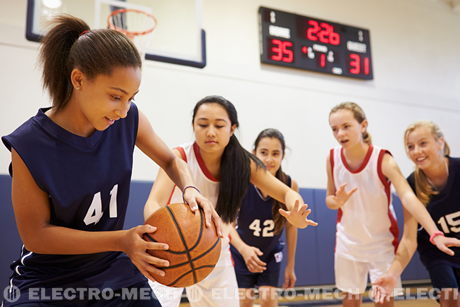 Any time you ask anyone about their favorite or best moments in NBA finals history, you get a flurry of responses. Everyone has their favorite player, team or moment, and always wants to show off. Thanks to today’s technologies and mass internet, we can see the replays from the electronic scoreboards on the internet as many times as we want, and even share them in a friendly competition. Here are some of the most popular.

In 1992 Michael Jordan was unstoppable. In Game 1 of the finals, he hit six 3-pointers, just in the first half. Suddenly, he stopped, turned to the announcers and made his now famous ‘shrug’ stating he didn’t understand why he was on fire.

Game 5 of the 1976 finals has been called the best NBA basketball game ever played. The game extended into three overtimes, but the most memorable was after the second overtime. It was the Celtic’s ball and Phoenix was up by one. An incredible shot by John Havlicek seemed to have clinched it – and won the game. However, a crew of referees came to the conclusion that there was really one second left in the game. Phoenix called a timeout (that they didn’t have) and that gave Boston a technical free throw, resulting in a hit and they took a 3-point lead. The game was ultimately won by the Celtics, as it was extended for another period, but WHAT a game!

The 1980’s Final, Game 4 – The Sixers and the Los Angeles Lakers were present for that amazing layup by Dr. J. The video of this was watched again and again.

In double overtime, 1974 Finals, Game 6, Kareem Abdul-Jabbar waits for that perfect moment and hit one of the hottest sky hooks ever to have been seen. His career was already rocketing, but this took it to the next level.

In the 1962 Finals, Game 7, Bob Cousy demonstrates his incredible agility at outwitting the Laker’s defender by dribbling out the clock.
One of the greatest shots in American basketball history was in the 1970’s Finals, Game 3. At that time, the 3-point shot didn’t exist, but it didn’t stop Jerry West, as the shot extended the game into overtime. Sadly, the Lakers didn’t win, but West’s shot will go down as one of the best.

In the 1984 Finals, Game 2, Gerald Henderson did a quick step in front of Magic Johnson’s pass (which was supposed to go to James Worthy) and stole the ball. He then went on to tie the game and the Celtics won, in overtime.

1990 Finals, Game 5 saw the incredible Vinnie Johnson aka ‘The Microwave’ in an astonishing performance. He was given the nickname because he could heat up at a moment, for short bursts of astonishing action. Johnson did just that, twice, in this game giving the Pistons the winning score.

Michael Jordan proved that talent and perseverance can overcome even the flu. In the 1997 Finals, Game 5, Jordan had a horrible case of the flu, so bad, that he didn’t even get out of bed until three hours before the game. Jordan played incredibly well, actually getting the final shot that won the game. A definite electronic scoreboard first.