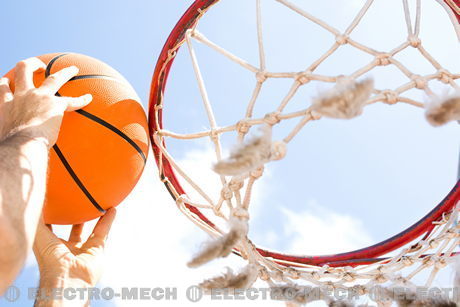 It seems that every season brings out a new basketball star or hot team and the bar is getting set higher and higher for the demands. In the past, a team that had an excellent percentage rating in field goals while winning the games was all that mattered. Today’s basketball has become a lot more complicated as fans seem to need better, higher and more 3-point shots.

A field goal measures the overall team effectiveness from a field standpoint. The standard points-scored-per-possession has always been the main theme of the game and author Dean Oliver, in his book “Basketball on Paper” details basketball’s four points: 40% Shooting, 25% Turnovers, 20% Rebounds, 15% Free Throws. The formula that is used was a gauge for a standard game, but the concept of ‘standard’ has made some rather drastic changes in the last few years.

As NBA hot teams, such as the Miami Heat leap forward with 3-point shots, there is a corresponding escalation of expectation for college teams. Players such as Magic Johnson and Michael Jordan were stars in their own right as some of the top performers. Records and standards are made for breaking, and thus entered LeBron James, Dwayne Wade and Chris Bosh; where they seemingly elevated the game of basketball into an electronic scoreboard extravaganza.

The basketball game of today now contains fans that want to be dazzled and surprised. The performances of the top stars have created a situation where a standard game, filled with field goals of excellence, is no longer acceptable. The past hot team that made an appearance every so many years has become the theme that is needed to keep the fans attending, the net buzz going and the sponsors waiting in line to sign up the team.

Sports, especially basketball, has made a social transition that emulates everything else in the modern world of technology. We have become accustomed to better, bigger, splashier, and finally achieving that ‘wow-factor’. The field goal of the past is being quickly changed to multiple 3-point attempts by each player and fancy moves like never before. And the electronic scoreboards that formerly just kept us informed are moving to another level of flash and display.

One might assume that as our society continues our journey into the immediate gratification, that there will come a point that players and teams will not be able to overcome. The field goal, as a common score will be replaced with new rules and even glitzier performances. As the crowds demand more, the players of tomorrow will be required to play in an even more elevated playing field.

In the midst of our social transition, where live games are viewed from phones to tablets, the standards are changing to accommodate an ever growing need for teams and players to excel. There is a level of excitement, as we look to what the future games will bring.