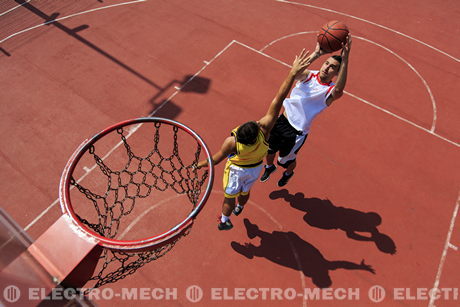 Charleston, West Virginia is one of those little hidden secrets that we refer to as a ‘golden nugget’ of discovery. The most well-known individual from the area, Daniel Boone, was aware of the beauty and charm that Charleston brings to its residents. Home to many colleges and universities, there is an array of sports for fans to choose from, but there seems to be a major focus on the area’s love of basketball. The Charleston Civic Center hosts an array of games including local and national basketball teams and the basketball scoreboards are always lit with every team’s colors. The team spirit in sports is a basis for the philosophy of the town. Beyond just the industrial resources of salt and natural gas, this community brings a strength of character that reaches back into its history.

The official settlement of Charleston was in 1788 and brought a slow migration of settlers into the area. When salt brines as well as natural gas was discovered, this brought the new industries to Charleston with investors, labor and the growth of the town. With the advent of the Civil War, Charleston was part of the Confederate side and a battle that was lost brought a temporary occupation by Union soldiers. The division of the State of Virginia between north and south brought a conflict of opinions until President Lincoln announced that the state would be divided into two: Virginia and West Virginia. The conflicts between the two political factions continued for many years, causing economic problems. World War I needed specific chemicals that were made from salt brine, and for a while there was additional growth to accommodate the war need.

The railroad brought much to Charleston, as it did for many communities. This opened up new industrial avenues such as glass, coal, steel and timber. World War II offered an opportunity of advancement as the largest industrial company was built to supply an alternative for rubber: styrene-butadiene. No matter what direction, the rolling hills and natural beauty of the area continued to attract people from all walks of life. The population experienced growth and decline based on the era, but breathtaking area of Charleston remained the same.

In an effort to revitalize, the late 1980’s brought in the building of the controversial Charlestown Town Center Mall. This caused a shakeup in the retail area of downtown and many made the migration to the new mall. A renaissance of the entire downtown area was planned and completed and this facelift gave Charleston its eclectic and unique charm of today.

Beyond just the natural beauty of the area. is the climate. While considered subtropical, Charleston experiences the four seasons. Mild winters and warm balmy summers attract many and the luscious flora and fauna offer some of the best parks, recreation area, camping and bike trails around. Charleston Government has always had a focus on their history and the establishment of the many museums demonstrates their pride in the past as well as the present. The annual fairs include attention for the arts in ballet and music.

Education and sports are also top of mind in Charleston. The many colleges and universities in Charleston offer some of the best learning opportunities. The area is perfect for their favorites sports of basketball but also include baseball, soccer and Women’s American Football. The stadium basketball scoreboards are the main attraction as each game is played with an excitement and fervor that can only be found where fans adore their teams.

Through the often problematic past, Charleston has continued to be one of the most beautiful areas of the country, counting it as a true natural resource of the U.S.