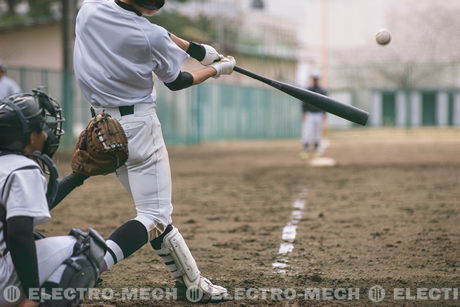 As the game of baseball grew over the last century so too did the size of the stadiums. What started out as a few bleachers lining the sideline has evolved into huge stadiums such as the $1.5 billion Yankee Stadium. The price tag for the Yankees home field makes it the most expensive baseball stadium in history and second only to Wembley Stadium in England as the highest priced stadium in the world. At that price you would assume that it has the largest baseball stadium capacity; however, you would be wrong. Let’s take a look at the largest baseball stadiums in terms of seating capacity.

What is the Largest Baseball Stadium?

Home to the Los Angeles Dodgers the ballpark sits next to downtown LA in what is known as Chavez Ravine. It is the third oldest baseball diamond trailing only Fenway Park and Wrigley Field in longevity. The stadium was retrofitted in 1962 at a cost of $23 million to reach its current seating capacity. Dodger Stadium is designed to be expanded to 85,000 seats if the need arises; however, the ownership has not deemed this necessary as yet. Even at 56,000 seats, Dodger Stadium has the largest baseball stadium capacity.

The second biggest baseball field in terms of seating capacity is the new Yankee Stadium. It replaces the old stadium that was home to the Bronx Bombers since 1923. The new stadium was built directly across the street from the old one. The first game to be played there was an April 3, 2009 exhibition game against the Chicago Cubs. The first regular season game was played on April 15, 2009 when the Yankees drubbed the Cleveland Indians 10 – 2.

The Colorado Rockies’ Coors Field was built in 1995 and contains 63 luxury suites in addition to 4,500 club seats. The Rockies played in Mile High Stadium, home to the Denver Broncos NFL team, during their first two years of 1993 and 1994. The original design for Coors Field called for 43,800 seats; however, that was changed when 4.5 million baseball fans crossed the turnstiles in their inaugural year. This was the highest attendance in baseball history.

Turner Field is home to the National League’s Atlanta Braves since 1997. It was originally constructed for 1996 Summer Olympic Games and had a seating capacity of 85,000. It was converted to a baseball stadium upon completion of the Olympics and the seating capacity was reduced during reconstruction.

The home of the Texas Rangers is number 5 in the largest baseball stadium sweepstakes. It is retro-style ballpark using many features of old-style baseball stadiums. They borrowed their favorite features from some of the oldest and biggest baseball fields including Yankee Stadium, Fenway Park, Camden Yards, Tiger Stadium, and Ebbets Field.

3 thoughts on “The Largest Baseball Stadium”