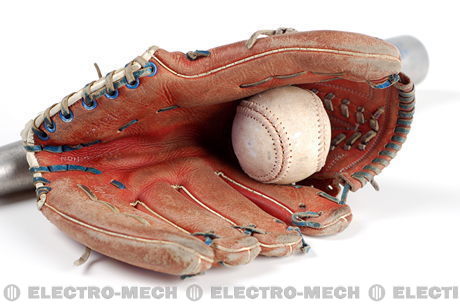 Dave Winfield was born in 1951 in St. Paul Minnesota and his parents divorced when he was three years old. His mother and older brother formed a very close knit and tight bond, supporting and caring for each other in a loving home. Dave held an incredible respect for his mother, who worked to keep their family together. Never going too far from home, Dave and his brother spent a lot of time at the Oxford Playground. It was there that he met the directory of the playground, Bill Peterson. Bill became Dave’s mentor, friend and father-figure and encouraged the boys to play baseball and basketball.

The young Winfield played sports, but was small for a boy of his age. It wasn’t until he hit a typical growth spurt that boys sometimes have, and in his senior year, all the practicing paid off: an almost unheard of “All State” and “All City” in both baseball and basketball. He was recruited for the Boston Red Sox, but, made the decision to go on to college. The decision was based on what he was told about the treatment of African Americans in the smaller town games of minor league baseball. This choice was one of the best that he made, and mature for a kid of his era.

Dave attended the University of Minnesota, but, an unlucky choice created a bad situation early in his freshman year. Winfield was arrested on a charge of a snow blower theft and put in jail. The mother that he held in such high regard showed up in tears. He vowed to his mother he would never have anything like that happen and was placed on probation. This one error changed Winfield’s life forever.

Winfield played both baseball and basketball throughout his college years; winning the baseball championship called the Big Ten and the championship in basketball with the same name. Dave was selected as MVP (Most Valuable Player) for the National Athletic Association and recipient of the All-American collegiate honors. By 1973 he was being pursued in three different sports: Utah Stars and Atlanta Hawks for the ABA and NBA in basketball, the Minnesota Vikings for football and San Diego Padres for baseball. He was shocked at the football attention, because he had not played the game in college; but they thought he was an all around excellent athlete and might be a choice for a receiver. Winfield chose the Padres and was headed to California.

Dave needed to hone his abilities so that he could play his best. After a short time practicing, he played and won the coveted Golden Glove. A poor decision in agent selection led Winfield to what first appeared as a perfect position as he was now chosen by the New York Yankees. The obscure contract that was negotiated and signed led to a major media calamity and Winfield was quickly out the door. This situation created a mass exodus of anyone supportive of Winfield, even to the point where his name was not entered into the ballot for All-Star, even though he was one of the top players. Insult upon injury – the media had a field day as everyone took turns trying to destroy Winfield.

Dave Winfield lifted himself above all of the bad behavior and performed beautifully on the baseball field. In the American League, he had the fourth highest batting average. The horrors of the years of alienation took its toll and caused a rift in baseball when he published his autobiography. The statements contained blasted many of those that had been the cause of so much damage.

1989 brought Winfield into his first major injury and after recuperating he was added to the California Angels team. It was the luck of the Angels to get Dave, because he helped to bring the team to a year of excellence. He was dubbed “Comeback Player of the Year” by Sporting News. In 1992 he joined the Toronto Bluejays and they celebrated when they won the World Series that year!

Dave Winfield has made a name for himself as one of the top twenty in the country for home runs, extra bases and runs batted in. Winfield had established a nonprofit organization, the David M. Winfield Foundation. Never a truer gentleman and a man of honor. Winfield is truly a superstar.