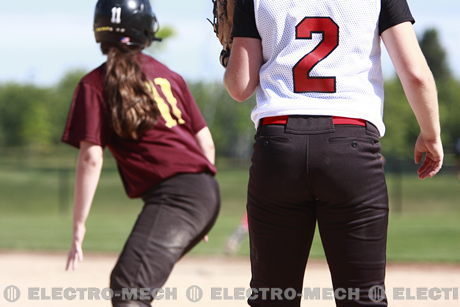 We keep it real here at Electro-Mech, because we’re more than just an electronic scoreboards continue to light up, we’ll be there. Just read on and you’ll see what we mean.

When fans, journalists, and broadcasters speak about the best World Series baseball games they inevitably come back to the seven game “war” between the Minnesota Twins and the Atlanta Braves in 1991. The World Series baseball “gods” smiled down on this match-up sending three games into extra innings. If that wasn’t exciting enough, five games were won by one run including four games that were settled at the final at-bat. Talk about “edge of your seat” baseball!

ESPN declared that this Series was the best ever played. It took 69 innings to decide a winner and is currently the longest set of World Series baseball games to be played since MLB shifted to a seven game championship. Looking back, these teams were so similar it’s no wonder that they battled it out until the end. The Twins finished the regular season with a 95-67 record while the Braves finished 94-68. Now here’s the kicker…both teams finished in last place in their respective leagues the previous year! It was the first time in the World Series baseball history that two last place teams from the previous year met in the championship.

So who was the best baseball team? World Series champion Minnesota Twins in 7 games.

We’ll start with Game 6 of the Twins and Braves. The game is tied and into extra innings. It’s a must win for the Twins as they are down in games 3 – 2 and facing elimination. Kirby Puckett of Minnesota steps to the plate in the bottom of the eleventh and launches a Charlie Liebrandt pitch into the left-center field seats for a game winning homer. The World Series baseball games were tied at 3 – 3 and a game seven was necessary.

If you are a fan of pitching duels then Game 7 of the Twins and Braves may be the best of World Series baseball games. It’s the final game and a classic pitching match-up between the Braves John Smoltz and the Twins Jack Morris is going to decide it. These two starters battled it out for seven scoreless innings before Smoltz was pulled from the game. Morris continued on and threw a remarkable ten inning shutout. The rest is history as the best baseball team, World Series champs Minnesota Twins, took the championship.

For pure drama, Game 6 of the 1993 Fall Classic has to be considered as one of the top World Series baseball games. The Toronto Blue Jays were leading the Philadelphia Phillies 3 games to 2. The Phillies were leading when Joe Carter stepped to the plate in the bottom of the ninth to face Mitch “Wild Thing” Williams. Carter knocked a 2-2 pitch out of the park for a three run homer to win the game. Carter became only the second player in history to hit a homerun to win the World Series.