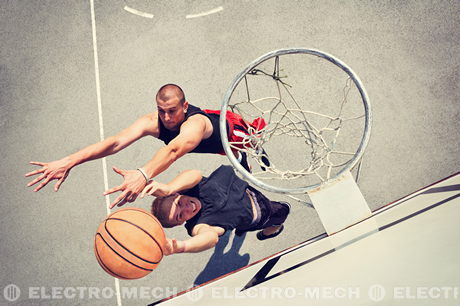 Every time an NBA team loses a close game or, especially, a game with lopsided foul counts, fans half-heartedly cry that the game was fixed. That feeling deep in the pit of fans’ stomachs was churned into real worry when Tim Donaghy, an NBA official, admitted in 2008 that he had illegally manipulated some games he officiated to cover spreads. Of course, he has been sacked and is in federal prison now but before that referred to two pivotal games that he claims were fixed by his calls to provide the desired outcome.

Donaghy never specifically referred to which games he was discussing but he gave enough clues that we can figure it out. Keep in mind that the league was trying to hit him with $1 million in legal fees that he did not have so he came up with something to prove he was cooperating.

The first and most scandalous accusation is that game 6 of the Los Angeles Lakers and Sacramento Kings playoff series in 2002 was fixed to ensure that it went to a game 7. Ralph Nader, the consumer advocate from the 1970s, wrote a letter shortly after that game demanding an investigation into the bad officiating. Of course, Nader also was running for president and wanted any publicity he could get. So, on to the game itself. It was a tight contest as most of the games in this series was and there were a ton of fouls, not unlike the previous game or the game 7 that followed. The most tangible evidence is that the Lakers took 40 free throw attempts, while Sacramento was limited to just 25. The main disparity though came at crunch time in the fourth quarter. In this period, the Lake Show went to the line for 27 free throws and the Kings only went for 9 shots. Moreover, nearly everyone on the Kings fouled out and Mike Bibby was called for a last moment foul that essentially ensured the King’s loss. Does this add up to it being fixed? It could easily be the usual officiating mess of the NBA.

The other game in question was a 2005 playoff game between the Dallas Mavericks and the Houston Rockets. Here, the whole series was in question because Donaghy claims that after the Mavs lost the first two games, the owner Mark Cuban was outspoken about the lack of calls on Houston’s moving screens, a foul in basketball. Though Cuban was fined by the NBA (a record $100k), Donaghy says that officials were instructed to watch for moving screens prior to game 3. The Mavs went on a tear and ended up winning the series before losing to the Heat in the finals. Well, Mark Cuban always wanks about every call at every game–he owns the team so his judgement may be slightly less than objective. Take for example the Finals, Cuban complained so much about the Mavs’ loss due to officiating that his own star player Dirk Nowitzki asked him publicly to back off.

So is the fix in for these two games? We’ll have to file it under “not enough information.” Donaghy’s word is definitely in question since he is a convicted felon –and he was an NBA official.

Electro-Mech as a scoreboards manufacturer, living in the world of sports is after any opportunity to share info on hottest topics in sports with other fans.