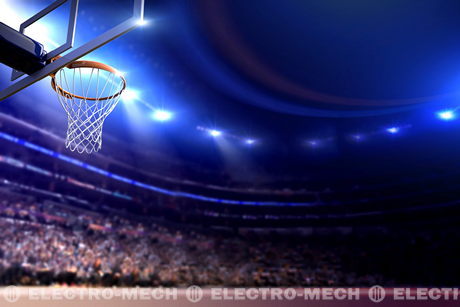 The shooting form for successful players is uniform for basketball at all levels. Regardless of the basketball uniform design you are wearing or the level of the competition, the basics of the shooting touch are always the same. Once a player has mastered scoring from jump shots, he is an invaluable part of any basketball team, commanding more defense from the opponents and putting points on the scoreboard for his team.

The first step in basketball proper shooting form is to understand where the shooting power comes from. It is not from the arm strength that so many amateurs rely on, rather it is from the lower body. The legs are the major source of power in a shooter’s body and they should provide the lift from the bottom through the release of the shot at the top. Shooters need to jump into the shot and bring that power through until they release the ball at the top of the jump. The longer the shot, the more the power comes from the legs.

The next step is to learn how to hold and release the ball to achieve a shooter’s touch. The basketball proper shooting form is to let the ball rest on the finger pads, raise the arm in a smooth motion, draw it back as it is raised, and at the top of the jump, release the ball. The arm should finish high to add arc to the ball and snap the wrist and hold in order to add backspin. The more rotation that is achieved on the ball, the greater the success of getting the shot to fall. Once the ball is released, it is important not to get distracted by the custom basketball uniform but instead keep an eye on the ball all through its flight until it goes through the basket. The focus point should be on the basket at all times-this helps the shooter concentrate on the target and block out all other distractions.

The technique is not that different for the gimme shot in basketball: the layup. For beginning shooters, it is still important to follow this form for shooting. The player needs to jump, release at the top and, with the palm facing the basket, let the ball roll off the first two fingers so that it has a soft touch. Players should be careful not to put too much spin on the ball at this point–these are easy shots.

Once this basketball proper shooting form is mastered then the next step is repetition. Nothing will boost confidence like practicing over and over. It will make the shot seems more natural and will help develop a shooting range, the distance from the basket where the shooter has the most success. It is important to keep shooting even when tired so that this is a game-like simulation. The player may even want to wear their custom basketball uniform to really simulate game play. Above all confidence and not over-thinking the shot during game time, when the scoreboard is running, is they key to fluidity and repeated success.

With skills like these, you can expect to see the basketball scoreboards light up!