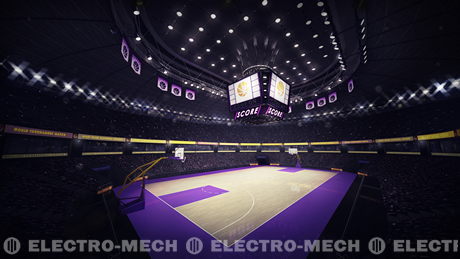 If you were a basketball aficionado in 1986, you couldn’t blink without seeing Magic Johnson, Michael Jordan or Larry Bird in every publication and media channel. But 1986 was also a banner year for women and changed the face of basketball forever. This was the year the first woman joined an all male basketball team, The USBL (The United States Basketball League). This was the year for Nancy Lieberman.

Lieberman was born in 1958 and was primarily raised by her mother, after her parents divorce. Nancy demonstrated a unique ability to excel at a variety of sports. Her intensity and excellent was fairly well-rounded and she regularly played softball, baseball and football. In almost all cases she played with and against boy’s teams. She finally decided on the sport of basketball and when she was a junior in high school decided to play on the girl’s basketball team. It didn’t take long for Lieberman to make a splash in the world of young basketball players. In 1975 Nancy jumped into the title of one of the country’s top women basketball players when she took one of the twelve positions in USA’s National Team. Nancy played the Pan American Games and World Championships and added both a gold and silver medal for her performance.

The 1976 Olympics brought Nancy to Montreal where she became the youngest player in basketball in the history of the Olympics to win a medal. That year, the silver medal was a United States victory, thanks to the incredible talent Nancy brought to the court.

Nancy’s college years gave her the opportunity to play on the women’s basketball team at Norfolk Virginia’s Old Dominion University. Nancy and her team won the 1978 Women’s National Invitation Tournament and the AIAW National Championships in 1979 as well as 1980. The awards continued to flow in for Nancy as she received: the Wade Trophy, the Broderick Award as one of the country’s top women’s players in America; the “national player of the year” award in women’s college basketball; three years running for the Kodak All-America Award; and in 1980 was presented with the Boy Scouts of America Young American Award. The latter being given to only six individuals in the country each year.

In honor of Magic Johnson, Nancy Lieberman was given the nickname of “Lady Magic” and she lived up to that name and more. Nancy set a career assists record of 961 for her team and led the team in assists for the entire four years running. By the time Lieberman graduated in 2000, she had already been added to the ODU Sports Hall of Fame.

In the 1980’s, Lieberman had temporarily dropped out of college to pursue Olympic dreams, but made a final decision in support of the boycott against the Olympics being held in Moscow. She played in a variety of professional basketball teams and her basketball career history was included in the book: “Mad Seasons: The Story of the First Women’s Professional Basketball League. Nancy continued as a coach and mentor and has set up a summer camp for boys and girls.