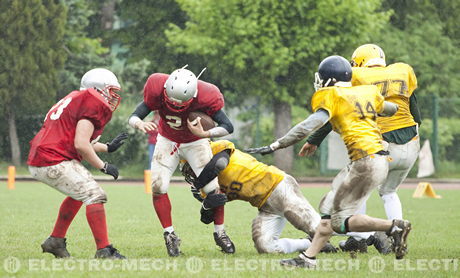 Each season, everyone holds their breathe in anticipation for the recruiting process of the nation’s best college football teams. This year is no different, and it brings excitement as well as drama to the scene. While no one ever has a college football recruiting day, there were quite a few twists to the process. Alex Collins had an extra hurtle to overcome in signing up with the Arkansas Razorbacks. It turns out his Mom refused to sign the letter of intent because she wanted him to be closer to home in Florida. Alex received a reprieve when his father agreed to co-sign and the letter was sent.

OleMiss had reason to celebrate (and they did rather exuberantly) when they signed the nation’s number one player: Robert Nkemdiche. Alabama’s Crimson Tide has achieved an accomplishment to be proud of. They are officially the Number 1 recruiting class in the country, for a second year, outbeating Ohio State and Florida. So far, they have signed twenty five prospects to national letters of intent. Something to note is that 18 of these are among the ESPN 300. This includes a well received Alvin Kamara (number 32 on the ESPN list).
END_OF_DOCUMENT_TOKEN_TO_BE_REPLACED