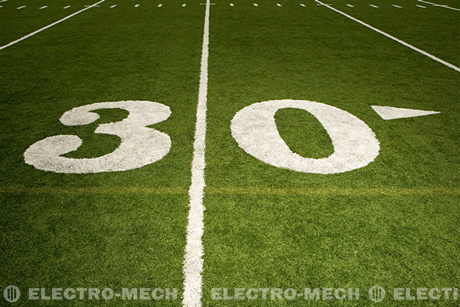 The U.S. considers football to be our own American sport and has made a rather profitable business out of it. In towns and cities across the country, local, collegiate, state and national football games are celebrated with fanfare like no other. The actual history and evolution of our oh-so-well-loved sport is actually quite interesting and surprising.

Believe it or not, American football is a derivative of Rugby, brought over in 1879. This may be a shock or horror to U.S. fans that our game is not totally unique to our country. The Yale University coach, Walter Camp, is known as the ‘Father’ of American Football, as he established some of the original game rules. Some Princeton students were playing a kind of game of football that they called ‘Ballown’. A blend of what we call football today, it involved hitting the ball with your fist and using their feet to move/advance to their opponents. In this game, there didn’t seem to be any real rules, so it often became intense as well as volatile. Harvard students were also playing a kind of football game in 1865. Every Monday they would gather together on what was eventually called “Bloody Monday” (due to the violent tendencies of the sport). This was a good year for the sport, as there was finally an end to the Civil War and colleges were pursuing their versions of football as a popular pastime. On November 6, 1869, Princeton and Rutgers held their first inter-collegiate football game.

1873 brought about the formation of the Intercollegiate Football Association, via the reps from Princeton, Columbia, Rutgers and Yale. Up until that point, games were being played with various rules. The association established a complete set of rules and guidelines and the fifteen player number for each of the teams. Walter Camp was responsible for the total evolution from what often appeared as rugby to the American football game we know today. There was a reduction of player count from 15 to 11 and a standardization of field size to 110 yards. As time passed, additional rules were set to establish the concept of downs and the legalization of tackling below the belt.

There remained, however, one outstanding topic that needed to be addressed: the extreme physical challenge, violence and the number of serious injuries as well as deaths that were associated with the game. Due to this, although football was popular in colleges and universities, it was also banned. In 1905, President Theodore Roosevelt created a directive for meetings to be held by representatives from Princeton, Harvard and Yale. The meetings were to for a seven member Rules Committee, which eventually became the NCAA (National Collegiate Athletic Association).

The advancement of television technologies brought about an explosion of the game. People from all over the world could now view games, watch the updates on electronic scoreboards displayed on their sets and see professional and collegiate games just about every Friday or Saturday afternoons, as well as the standard Sunday and Monday night football season games. It was the Super Bowl that burst the game into the hot billion dollar machine that it has become today. Due to the economic times, there were a number of unemployed computer programmers and graphics design specialists. The introduction of Super Bowl commercials set a precedence and became a tradition.