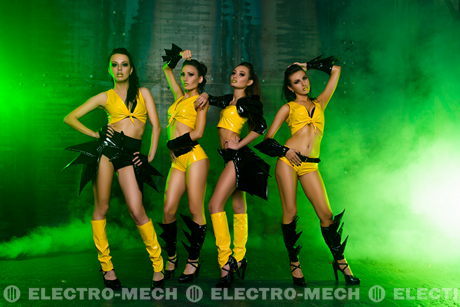 The topic of sports injuries has been escalating over the last number of years, specifically due to the long term major head injury problems that football players experience. It is odd that a focus was never placed on sports injuries in the past, when we had lower technology sports protection gear. Cheerleading doesn’t have protective sports equipment, so when there is an injury, it can be pretty severe.

1982-1983 introduced a study by the NCCSIR (The National Center for Catastrophic Sports Injury Research), covering both collegiate and high school sports injuries. Strangely, cheerleading was not included in that study, until there were two severe head injuries suffered by cheerleaders that just so happened in the same year as the study.

As fans, we attend the games, watch the overhead electronic scoreboard and many look forward to seeing the cheerleading teams prance out on the stage and spur the team excitement on. We don’t think twice about the potential dangers these ladies may have experienced in training. The US Consumer Product Safety Commission 1980 report showed hospital emergency room visits in the number of 4,954, caused due to cheerleading accidents. By 2007, this number catapulted to a whopping 26,786. Neck and head injuries were accountable for 15.1% of the injuries. While many are treated and released, the 2007 year showed 217 cheerleaders that were treated and then sent to another hospital, with 64 of these ladies held for observation. This has brought the topic to the forefront, as we have only been studying cheerleading injuries since 1972, but have spent over one hundred years examining football injury data.

One might wonder why such a dramatic increase in cheerleading injuries. If you have attended any kind of sports game and viewed the incredible team performance of a cheerleading squad, you wouldn’t have to ask that question. Comparing the typical cheerleading routine in 1960 to the current performance demonstrates an increase from dance routines and pom-pom shaking to gymnastics, pyramid formations, and partner stunts. There is no denying that when a cheerleader falls from a 30 foot pyramid onto a wooden floor without any protective gear, this is an accident waiting to happen.

So why has this tradition changed from a simple dance routine to a high risk sport? The answer is in expectation and competition. As we watch and view on electronic scoreboards, we, as a society, have come to expect an increased level of expertise and performance. Competitions spur teams to take on more challenging routines and, with that, comes the chance of injuries. Another reason is that typically, cheerleading hasn’t been considered a ‘sport’ and is therefore not monitored in the same way. Standard sports are governed under the rules and regulations of an athletic sports department, with safety as one of the key guidelines.

One of the answers or recommendations to assist in decreasing cheerleading accidents would be to establish and identify cheerleading as a separate and totally unique sport, requiring compliance with safety standards.