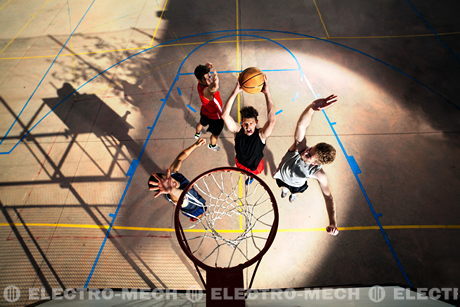 There are great players in the NBA who have not won a single championship even though they have won the MVP. Some of them are now retired while others are still playing with the hope that they will win at least one championship before they retire. There is no doubt that these players are phenomenally talented enough and deserve to reach the pinnacles of the sport, and in this basketball scoreboards feature, I have selected four players who, despite winning an MVP, have not won a Championship, yet truly deserve it.

Allen Iverson
One of the most prolific scorers in the history of NBA, he won his MVP award in the 2000-2001 season. He played up to his potential in that season which is one big reason why the Philadelphia 76ers made it to the NBA Finals, but unfortunately they lost to the best team in the league at that time, the Lakers. Allen recorded one of his best stats that season, with the basketball scoreboards showing 31.1 points per game, 4.6 assists and 2.5 steals per game. During the NBA Finals that year, the 76ers won the 1st game in which Allen scored a massive 48 points, but then were defeated in 4 consecutive games and lost out on the title.

Steve Nash
A two time winner of the MVP, he has never won a championship throughout his career despite his exceptional skills. He won the controversial MVPs in the 2004-2005 and 2005-2006 seasons; controversial because nobody ever agreed on the votes. But that’s a different story! Nash has played in the NBA Finals no less than three times with two different teams but was never able to convert this great opportunity. He is now coming to the end of his career, and it does not look like he is ever going to win it, not with the Phoenix Suns, anyway.

Lebron James
Arguably the most popular player in the league, not just because of his performances but because of his on and off the court actions, Lebron James is also one of those players who has won the MVP but has been unable to win the championship. Lebron led his team to the finals this year, but unfortunately for him they lost to The Mavs, a team nobody expected to win the title. Lebron could not deliver according to his potential in the finals this year and this was a big reason why they failed. On the plus side, he has many years ahead of him, and surely his time will come.

Derrick Rose
One of the best point guards in the history of the NBA as well as the Chicago Bulls, he won the MVP in the 2010-2011 season and is the youngest player ever to win an MVP award, but he has not yet won a championship. Like Lebron, there are a lot more years left for this young lad, keeping in mind his talent and abilities he should, at some point, win the ultimate prize. It’s just a matter of time I’m sure.

For more information on Derrick Rose, go to:
http://en.wikipedia.org/wiki/Derrick_Rose