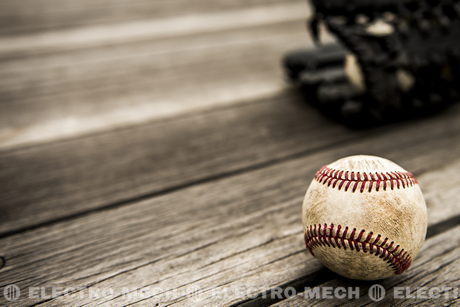 Many people may not know that the famous Tiger Stadium in Detroit started out in 1895 as just a simple ballpark. George Vanderbeck was the then owner of the Detroit Tigers, and built the stadium and called it Bennett Park. It had wooden grandstands and a peaked roof of wood in the outfield with the infield surrounded by bleachers. Ropes were used in some locations to mark off the outfield.

Many changes were made to ‘The Corner’, as it was lovingly coined. From 1911 to 1938 various owners changed, added and enhanced to encourage fans to attend. In 1961, John Fetzer decided to rename the location to Tiger Stadium. It seemed the name brought good luck because from 1968 and 1984, they held the seasons of the World Series championship. The historic feel of the stadium earned the love of the local Detroit fans; and that says a lot, because Detroit fans are some of the most devoted in the country. Roger Maris hit his very first homerun at the stadium.

In 1977 the City of Detroit bought the venue. Plastic seats replaced the fading wood seats and the green stadium interior repainted to blue. It was also used to emulate Yankee Stadium in the HBO move ‘61’. When Detroit celebrated its 300th birthday, they held the Great Lakes Summer Collegiate Game between The Motor City Marauders and the Lake Erie Monarchs at Tiger Stadium.

The Tiger Den along with Tiger Plaza was added in 1992. By 1994, there was talk to replace the old stadium and many protested to save their beloved historic site. The weekend of Feb. 4th, 2006, Anheuser-Busch sponsored the Bud Bowl, featuring a line up of performers to promote the Last Call of Tiger Stadium. Photos featured in The Detroit Free Press showed the deteriorating condition of the stadium, including bushes and trees growing in the stands. There were many non-profit organizations and private individuals that expressed interest in trying to save the field, without success.

The neon “TIGER STADIUM” sign and some of the seating was donated to the Detroit Historical Society and, after many delays, the last part of Tiger Stadium was finally demolished on Sept. 21, 2009. The new modern stadium of Comerica Park on Woodward Ave. has become the new home of The Tigers. With a seating capacity of over 41,000 and the glamour of water features and Ferris wheel attractions, this unique venue has ushered in a whole new feel of pride and ownership for the fans. At the time of its construction, the scoreboard in left field was the largest of its kind in Major League Baseball. In 2007 an LED scoreboard was added to the right field, giving fans a 21st century feeling of participation in the games and up-to-the-minute streaming data. The water show, known as the Liquid Fireworks, which can be coordinated with music, is set to perform for pre and post game and ignites whenever the Tigers score. In the left-center field concourse there are monuments to honor all of those Tiger players, whose numbers have been retired. As with any generation, we must remember those that have gone before and set the precedence for today.