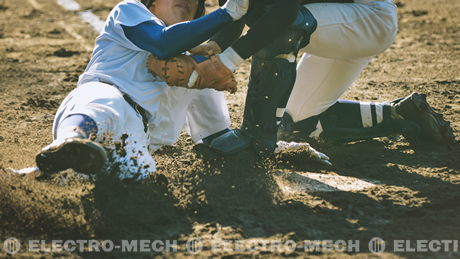 Last year’s season was particularly good for pitchers, showcased by the fact that two of the most outstanding pitching teams made it to the World Series. Although, ironically neither of the 2 CY Young award winners were in these teams. Although baseball is very much a team game, it is safe to say that the pitcher is the single most important player on the pitch. To celebrate the importance of the pitcher, I have compiled a baseball scoreboards list of the top 3 best pitching teams in MLB history.

Cleveland Indians, 1954 – In 1954, the Cleveland Indians were fully loaded when it came to pitching talent. Their pitching ranks were filled by players such as Bob Lemon, Early Wynn, Mike Garcia, Bob Feller and Hal Newhouser. The depth of their pitching talent was such that Bob Feller, who was the fourth starter for the Indians, was a Hall of Famer winning 13 of 19 starts during that year. Mike Garcia, Bob Lemon and Early Wynn (ERAs: 2.64, 2.72 and 2.73 respectively) won a record 111 games for the Cleveland Indians. On the other hand, Hal Newhouser was a relief arm for the Indians, and was just as great a pitcher with the baseball scoreboards showing that he won 118 games between 1944 and 1948. Although, sadly, these 5 weren’t good enough to beat Willie Mays’ Royals in the Fall Classic.

Baltimore Orioles, 1971 – The Baltimore Orioles hit their pitching peak in 1971, when they still had Pat Dobson, Jim Palmer, Mike Cueller and Dave McNally in their bullpen, at least at one point or another in a game. The 1971 Orioles touted a staff that boasted four twenty-game winners. 1971 was the 3rd straight season in which the Mike Cueller’s famous screwball won 20 plus games for the team. Jim Palmer and Pat Dobson too, won 20 plus games for the Orioles. All 4 pitchers had ERAs well under 3.

Atlanta Braves, 1995 – In 1995, the Atlanta Braves proved themselves to be the best pitching team ever in the history of MLB. Mark Wohlers, Greg Maddux, John Smoltz, Tom Glavine and Steve Avery consisted of the Atlanta Braves’ pitching squad in 1995 and boy were they great! Greg Maddux had an outstanding ERA of 1.63; Tom Glavine went on to win the World Series MVP; Smoltz was a diamond in the rough and went on to win a Cy Award in the following year. Mark Wohler was the star closer for the Braves; of course, this was before Mark Wohlers had his infamous control problems. Although Avery had had his best season 2 years prior to 1995, the Braves wouldn’t have been able to win the World Series if it weren’t for his outstanding performance in game 4.

For more information; go to: mlb.com