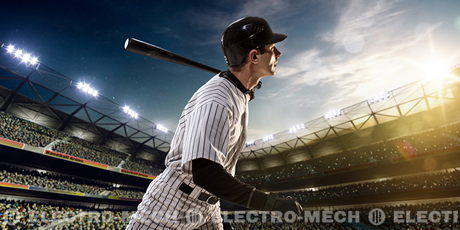 In a baseball scoreboards feature, we take a look at the top 5 MLB teams. Baseball is an extremely popular game in the US. Every year the World Series Championship is held by the Major League Baseball. This league is further divided into two sub leagues, the National League and the American League. Each league has three divisions, east, west and central. In this article we take a look at the five best baseball teams today.

2. Boston Red Sox
The Boston Red Sox is one of the top teams in the Eastern Division. It was founded in 1901. The team was renamed as the Red Sox from the Red Stockings in 1908. The Boston red sox have won the World Series 7 times, the most recent being in 2007. Their rivalry with New York Yankees is the most historic in North American professional sport. The Boston Red sox’s baseball history is full of memorable moments such as when they won the World Series in 1946. Since 2003, the Red Sox has become one of the most successful teams and every home game is sold out, which is a record for the past seven years.

5. Los Angeles Dodgers
The Los Angeles Dodgers is a Western division team and was it founded in 1883. They have won the World Series Championships 7 times, the most recent being in 1988. They hold the record for reaching the finals the most times in the National League for 18 times, and have a great and longstanding rivalry with the San Francisco Giants.

For more information on MLB, go to: mlb.mlb.com