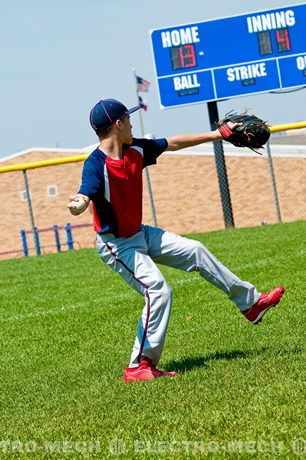 Chattanooga is a city of many variations. A touch of Americana, blended with many trials that they had to overcome. The people of the area have a love of country, state and baseball. Some of the most highly attended games in the year leave the town almost empty. Everyone is watching the team on the field with their eyes focused on the baseball scoreboards.

Chattanooga was originally inhabited by the Cherokee Native American tribe. The location near the river offered easy transportation between villages and the people thrived there for hundreds of years. This was also noted by the European settlers that decided to move in, and, over the years, the takeover resulted in the infamous Trail of Tears for the relocation of the Cherokee.

The late 1700’s and early 1800’s brought the white man to Chattanooga. The origins of the name itself are still in controversy, but the location was prized by the settlers. As the communities grew, it became necessary to expand even further into the Cherokee territory. By 1838, the United States Government decreed that there would be a relocation of the Cherokee tribe. Men, women and children were to move to new and much less fertile lands in Oklahoma. The walk encompassed many states and required temporary internment camps to rest and continue the walk. The relocation is called The Trail of Tears, due to the intense emotion that the Cherokee felt in leaving their homeland. It is today marked by a journey that we can take today to show the distance the people were forced to go.

The removal of the Native American tribe left the area open for expansion. The first settlement known as Ross’s Landing grew into a small town at first. The cotton and corn trade became the mainstay of the area and coveted in export by growing towns. The Civil War brought many battles to Chattanooga, and the city was besieged by Union troops as it tried to defend their Confederate membership.

Post war time and into the early twentieth century brought progress to the Chattanooga area. The mixture of cultures that trade introduced brought an incredible array of cuisines and music. Part of the Dixie land jazz explosion, the area of Chattanooga took great pride in their contribution via clubs, cafes and even notoriety in some of the big band songs of the day. As with so many American towns, Chattanooga is incredibly proud of their local sports teams.

The industrial revolution hit Chattanooga and, what looked like an opportunity for great growth, turned into a pollution mess. Like many cities and the concepts of the time, the people did not reflect the respect of the land in the same manner as the original Cherokee and Native Americans. Chattanooga was at one point, elected as the most polluted and dirty city in the country. It seems that the surrounding mountains that so beautify the area, also held in the polluting effects in the valley.

It took many years for the people of Chattanooga to clean up their act, but clean up, they did. The twenty first century brought a new pride of area and revitalization. Refurbishing not only the historic portions of the town, but the very town itself. Higher education also became a focus, along with museums and the arts. Chattanooga did such an excellent job in turning their city around, that it became a center piece for recommendation via Forbes. The addition of sports fields and stadiums, along with electronic baseball scoreboards to cheer their teams on, has given Chattanooga a new sense of vigor. This is a location that offers football fans some very excellent games and is combined with the variety of outdoor sports.

Today, the Chattanooga community has blended their strength of history with some of the top industrial corporations of the country. If you ever have an opportunity to visit, you will see a location returned to some of its natural beauty and simply a fun place to stay. Everyone that drops in usually finds themselves at one of the games and you will cheer the teams on as you see the points add up on the scoreboards. It’s a feeling of home.