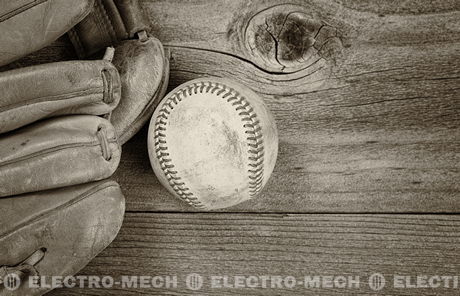 From 1915 through 1952 the Braves Field was known for hosting the then Boston Braves of the National League franchise. The original owners made a little known name change to the team, calling it the Boston Bees, and the field picked up the name of “The Bee Hive”.

The intended purpose of the field was to offer the ability to have more inside home runs. So, a stadium was constructed in the then ‘outskirt area’ of Boston. Sadly, the fans had to sit in stand areas that were literally outside of the foul marked areas. There were also strong breezes that entered into the field. Fences that were originally 400 feet away were often relocated based on the interests of the owners. This on again, off again relocation was much to the chagrin of both fans and players alike. It would be ten years before someone hit a home run to go up and over the outer wall. Other than that, it would always be referred to as a “pitchers park”.

Braves Field proudly hosted the 1936 Major Baseball All-Star Game and was also home to the Boston Bulldogs in 1926. The Bulldogs were one of the very first members of the American Football League. While the Boston Braves held the name for one year in 1932, the name changed to the Redskins. The Redskins eventually transferred to become the Washington Redskins at performed at Fenway Park. For the 1946-1947 season, an incredible array of lights were installed in the stadium

It appears that Braves Field has lived through more teams and name changes than just about any other stadium. This was probably due to lack of City Government direction as well as support of the then just blossoming sports team franchises. There were also no real visionaries involved in the planning of the field and stadium. Without a leader, it may have been a popular location, but wasn’t destined for much else. Over the years, Boston Field was home to the Boston Braves (aka Boston Bees for a while), the Boston Bulldogs, the Braves, the Boston Shamrocks, the Boston Red Sox. It hosted the 1915 and 1916 World Series, which became the pride of the area.

In 1953 the Braves relocated to Milwaukee and the Braves Field scoreboard was handed to Kansas City Municipal Stadium. The Braves Field name was no longer appropriate so it was sold to Boston University and renamed Nickerson Field. Not much was done with the field until around 1955. Boston University took a bit of interest and demolished almost everything except the grandstand pavilion. They redesigned the stands with just a few parts of the original outer wall showing. The ticket office became the police station at the university and the former grandstand became dorms. The underground concourse still remains exactly as it was when the Braves actually played there.

If you view an original black and white photo of Braves Field, circa 1930’s as compared to Nickerson Field of today, you will see that, while there is little similarity, there was an effort to memorialize the field and stadium.