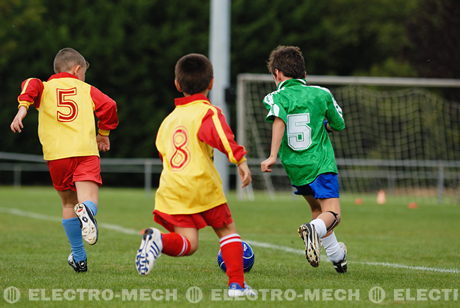 Brazil seems to have a unique knack for generating an incredible line of players of excellence when it comes to soccer. There is never a surprise when a new player is chosen for a team and he ends up becoming a star from Brazil. One might wonder what is it about this country, that they can produce so many good soccer players? Well, this isn’t something new, Brazil has actually had a long history in soccer.

Soccer was being played in Brazil around the late 19th century, when the English were residing there and introduced the locals to their favorite sport. The city of Sao Paulo actually had the first soccer club, although at this point, the players were still primarily English. A struggling sport, it took a while for the first national game to be played in 1914, and it wasn’t until 1930 that the Brazilian teams were really noticed, when they participated in the World Cup.

While they were eliminated in the first portion of the World Cup, the sport of soccer was elevated to national attention, where it blasted off in popularity. Everyone began playing soccer, in small towns and cities. But it was the appearance of one of the finest players, Pele, that really catapulted Brazilian soccer into the forefront. Pele, took the team from Brazil to another scale completely. He led them to a winning streak of two consecutive wins in both 1958 and 1962 and showed their talent once again in 1970. This set a fire in the world of soccer and Brazil made a showing like never before. A number of stadiums were prepared, along with electronic scoreboards, because Brazil and soccer were two hot items.

Some might have thought that it was a temporary situation, as the Brazilian teams began to wane once Pele and some of his team members retired. There was a time of struggle, almost as though Brazil was trying to find its place again.

By 1994, Brazil burst forth on the scene once again, with some of the top notch players of their time. The world nicknamed the ‘Three R’s’ – as they entered world championships: Ronaldo, Ronaldinho and Rivaldo. In the 2002 World Cup final, they defeated Germany and it appeared that Brazil was once again on its mark. The popularity of the game continued to expand throughout the country, and every school took pride in their soccer teams. With this kind of expansion, it’s no wonder that they had an exceptional pool of talent.

Brazil has maintained a standing in the World Cup, even though they didn’t win the 2006 or 2010 games, they have claimed this sport as their own and are considered one of the top world soccer nations, and they have proudly invested in their teams, arenas and electronic scoreboards to prove their abilities.

In the case of Brazil, it’s not a question of how they can produce so many good soccer players, it’s a statement that they have focused on what they do best and they have ‘owned’ a sport that was introduced to them.