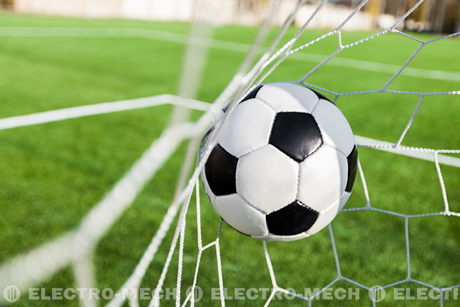 Charleston South, Carolina has been heralded as the best mannered, most polite, sexiest and most friendly city in the United States. Charleston has indeed earned these awards, which is a high honor tribute to the people, considering all that they have been through. Today’s Charleston is a diverse metropolis, offering history, the arts and their incredible hospitality. A variety of sports games are popular in Charleston and they are home to many stadiums and fields for soccer, baseball, football, rugby, basketball and volleyball. Soccer scoreboards are always lit with the results of the highly attended games at Arena City Soccer.

Originally named for King Charles, II of Great Britain as Charles Town, this port city has faced an onslaught of attacks by the French and Spanish that still felt the area was part of their territories. The local Native American tribes did not make it easy for the early settlers, for whom they felt had no claim on their ancestral lands. The growth of Charleston was mainly based on settlers from the British Isles, so the influx of English, Irish, Scottish and even Germans was a major influence on architectural styles and philosophies. As a seacoast port, Charleston became quite proud of their religious diversity. Many people from a variety of Roman Catholic, Protestant and Jewish backgrounds founded churches that have given it the name of “The Holy City” today.

The successful growth of Charleston led it to be the 2nd largest city south of the Philadelphia area with trade in a variety of crops, deerskin, silk and tea. The deerskin was the result of coordinated efforts with the Creek and Cherokee tribes and achieved a high level of demand for men’s fashion. The influences of the Caribbean met with sharing knowledge of the production of indigo that brought a lucrative trade with cultures all over the world.

As a British holding, Charleston became a focal point during the American Revolution. Attacked by the British troops on two occasions, Charleston defended its city and became the first southern state to fly its own flag of independence. Charleston had many cotton plantations which relied on the labor of the slaves. It took many years for the changes of equality to encroach on Charleston. Like many of the cities of the south, Charleston remained a Confederate State and was invaded by the Union Soldiers that eventually took control of the city. Federal forces stayed in the area to help with reconstruction and bring back the beautiful grace that Charleston was so well known for.

The 1886 earthquake that hit the south, measuring a whopping Richter Scale 7.5 nearly destroyed Charleston, along with many other cities that did not have construction established for this kind of natural disaster. During the years of rebuilding, progress and equality was a topic that the nation faced head on and Charleston reeled under the Civil Rights Movement. As a southern city, it knew it had to accept the face of change or not survive.

Throughout everything, the stoic people of Charleston maintained their dignity. They ensured that their history was saved and established museums and galleries. The skyline they are so famous for continued to show the steeples and towers of the churches, which so heavily influence the lifestyles of the residents. The culture of Charleston is a blend of English, French and African. The distinct cuisine of the area is complimented with the varying art styles of so many different types of people, that it is distinctly Charlestonian.

When you visit Charleston, you will not be surprised that they received so many accolades on the hospitality. It is believed that the term ‘southern charm’ was based on the people from Charleston, South Carolina. It is a rarity that you will find such a varied choice of sports games and enthusiasts in the country. Charleston proudly hosts some of the best soccer games in the country, with soccer scoreboards front and center focus for fans and team alike.