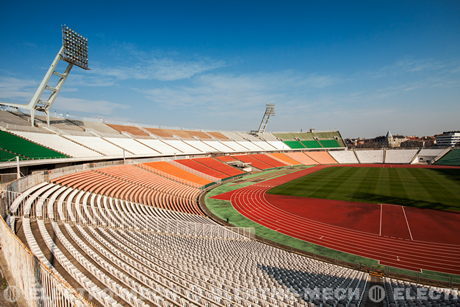 Set the game up with two teams, each with 4 to 5 players on an approximate 40×40 grid. You can change the variations on this by sending more than 1 defender in, making the grid smaller or, to have an easier game make the grid a larger size and add an offensive player

Coach projects the soccer balls in team X’s grid. The opposing team will send 1 player to play as a defender. Team X will try to connect four passes in a row without the defender kicking the ball out of bounds or stealing. Each time a team has an accomplishment of this move, they can earn an incentive (ie: money, time, etc) Once a team achieves their incentive level , give them another choice: a higher level of incentive or ‘bank’ the incentive. To ‘bank’ the incentive they need to send the soccer ball back into the opposing team’s grid and then THEY send a defender to make an attempt to steal the ball. If the ball is stolen or goes out of bounds, the coach will then send a ball to the other team’s grid.

Keep Your Yard Clean: fun passing drill, no pressure; Ages 6-10
The object of this game is to keep your yard (or grid) completely clear of soccer balls. This is a good drill to use for practice in passing. Variations to make the game more challenging can include the coach indicating what type of pass they must use, use of one foot only, deductions for balls kicked too high, etc.
Set up the game with two grids next to each other, approximate size: 40×40 per grid

Two equal team sizes, one team in each grid. Each of the players will have a ball in the start of the game. When the coach blows the whistle, the players will try to pass the ball from their grid/yard into the opposing team’s. This will continue from 3-5 min. and when the coach blows the whistle a second time, all playing stops. The team with the fewest amount of balls in their grid/yard will win.

3 v 1 variation: Passing; Ages 6-14
Variations in this game will depend upon the skill level, but one concept will be to complete a set number of passings for they can take a shot, reduce the size of the grid to the defender so that it encourages faster passing as well as smart decision making in passing.
Create a three yard by three yard grid and use flat codes for the barriers. Place another flat cone in the center of the grid and put the ball on top of the flat code.
There will be three players performing as attackers against one player that will be defending. The three attacking players will be passing the ball to each other and will score by knocking the soccer ball off of the cone in the middle. None of the players will be allowed to be in the grid.