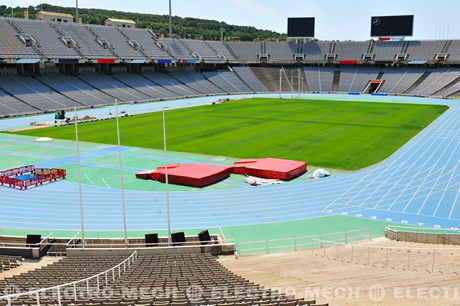 While these soccer drill games may be listed as ‘just for fun’, they are indeed enhancing skills, awareness and dexterity. In some cases, the games are focused on individual performance, and in other cases there is a team effort. In all situations, there is a learning process that help the kids in their performance.

P-I-G; Ages 10-14; one of the most fun
Variations for challenges may include a start off where the ball may hit the ground once. For advanced players, require a head ball or full volley.

Get all of your players to form a circle. Players will half volley/juggle the ball back and forth to each other. If a player makes a bad volley or serve, he gets a letter ‘P’. Start the game again. If the player makes another error, he receives the letter ‘I’, and now has “PI”.

Head catch; Ages 8-12
Place the players in a circle with the coach in possession of the soccer ball.

The coach will start with one player, tossing the soccer ball underhand at each soccer player and making his way around the circle. During the time that the ball is in ‘mid-air’ he shouts out ‘head’ or alternately ‘catch’. If the coach shouts out ‘head’ the player must catch the ball; however if he yells ‘catch’ the player must head the ball.
Any player that makes a mistake has to sit out the game. The game continues until there is only one player remaining.

Power Finesse; Ages 8-14
This is a great game to play in between games to keep kids busy.

Put all players in a single line. There is a goal with a keeper and a coach in possession of a lot of soccer balls.

The line will be about 20 yards out. The first person in line takes a shot. After the shot is taken, he heads towards the goal and the coach serves him the ball in front of the goal for his chance of a finesse shot. If the player misses both, he is removed and sits down. If he makes at least one of his two attempts, he gets a ball and goes to the end of the line. If he is successful at both shots, he gets the chance to ‘challenge’ any player in line. If the other player doesn’t make both shots, he is out of the game.

Volleyball; Ages 10-14
Variations can be made for allowing a one ball bounce at the start.
This is soccer volleyball for two to eight players.

Using skills for juggling/half volley, play volleyball with no hands. If the ball bounces in the middle of the ‘net’, a point is scored for the other team.

Each of these games is designed to bring out the abilities and talents of kids for their particular age group. It’s important to make sure that learning the game of soccer has set requirements, and bringing these to the forefront with good playing habits is easy when you turn things into a fun game.