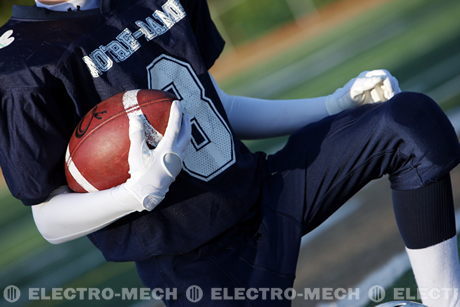 In football scoreboards news, we look at the history of football and why Canadian differs from American football in this important way.

The CFL has just a rich history as the NFL. Its origins can be traced back to the 1860’s when rugby football was played in Canada. Over the decades, as in American football, Canadian football slowly formed into the game we know today. The first gridiron match was played in Toronto in 1861, and it quickly took off in popularity. The development of the game at the beginning practically mirrored that of in the US, but a bit later on the relevant associations started making independent decisions and some different rules were adopted.

So what (and when?) exactly happened to make the Canadian game differ from the American game in such an important aspect: the number of downs?

“Football scoreboards news” found out that to start with you have to go way back to the 1890’s. Walter Camp, one of the forefathers of the game in North American as a whole, introduced the scrimmage and down and distance rules. There were a large number of rugby unions that time in Canada, and they liked the idea and implemented it. They did not, however, elect to change the number of players from 15 a side.

With the dawn of the new century, John Burnside, who captained the university football team in Toronto, reduced the quantity of players per side from 15 to 12, and brought in the rule in which teams must gain 10 years in 3 downs. In Camp’s original rule teams had 5 downs.

These new rules were resisted to start with by the provincial rugby unions in Canada, but they were eventually adopted. At this time, American football also had three downs, and this remained the case until 1912. In this year, the rule makers elected to increase the number of downs from 3 to 4. The Canadian Rugby Union stayed with the Burnside rules, and kept three downs. Perhaps they would have followed the American example, but World War 1 forced the suspension of all official games for 2 years, and by the time things got going again, in the beginning of the 1920’s, any thoughts of changing the rules to meet the US standards had been dropped.

The Canadians adopted the forward pass, but not until 1929, and the CRU did not make this rule official until 1931. The first touchdown pass in the history of the Grey Cup was made that year, by a guy called Warren Stevens. Since that time rules have come and gone, changes have constantly been made to the game, as in American football, but that one, all so important, rule has remained that distinguishes it from its Southern partner. Canadians are probably happy about that!