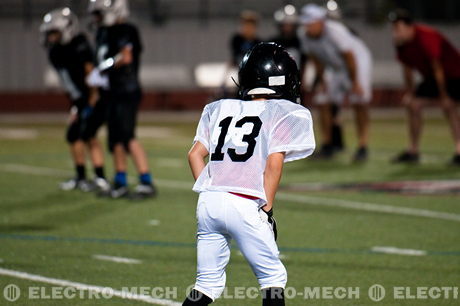 We cruise along in life with an expectation that some things will go right and inevitably, some things will go wrong. The challenges we face are the continuing efforts to fix, correct or make-right those areas that go awry. This rule of thumb remains the same, no matter what topic we address. There are, however, some things that someone made a decision on at one point or another that simply don’t make sense. Here are four rather odd sports situations (or decisions) that went down rather strange paths.

The never ending search to sell to the sports enthusiast was apparently a topic for the decision makers at VISA. They came up with what they thought was a brilliant idea of an incentive card that would feature a picture of the sports scoreboard of your choice. Apparently this little gem is a perfect gift (available in a variety of denominations) for the sports loved on in you life.

I as a child when I first heard that used brick cost more than brand new brick. Now a child’s mind might be comparatively simple, but that made absolutely no sense, no matter how many reasons they gave. Little did I know that there are companies out there that sell used sports turf. When a stadium wants to redo their field, they rip up the turf. The ecologist in me was quite happy that we have found a use for used turf, but my curiosity got the best of me as to who actually buys used turf. So, I watched the video supplied on one of the company websites. Actually, I was quite impressed. Used turf has been recycled, at a lesser cost than new turf for so many things: outdoor animal care area, t-ball practice areas, motocross areas, smaller indoor tennis areas, skateboard parks and paintball facilities. While this may have sounded odd in the beginning, it’s actually the only thing listed on this article that kind of makes sense.

Ravens Coach, John Harbaugh could be considered a bit too sensitive. While the competition between the Steelers and Ravens teams is incredibly severe, there was one game that he began to hear insults in a song toward a player (Joe Flacco) that apparently weren’t there. Apparently one game played at Heinz Field included the playing of a Lynyrd Skynyrd song, “What’s your name”; at the same time, the statistics were being shown on the sports scoreboard between Flacco and Ben Roethlisberger. Harbaugh felt the specific display and the words of the song referencing ‘little girl’ was meant as an insult to Flacco. Flacco, on the other hand, seemed to not even know a song was played and the rest of the teams seemed baffled by the entire thing.

DC Scoreboard goes dark and eliminates the pain of losing. When a team is so far gone in a game that they know there is no turning back, everyone just wants to have the game over and go home. Apparently, insult was added to injury when the Nats Park electronic scoreboard went dark. Many felt it was a final end for the losing team. While the screen had been flickering all evening during the game, the scoreboard section went dark and was a fitting end to the night.