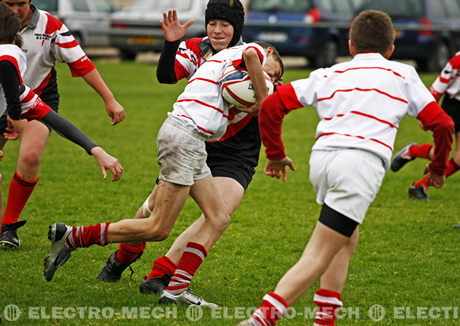 Advertising is an art and if a marketing guru is also creative, they can reach beyond the boundaries of the mundane and boring and design an ad that will be remembered for a long time (or at least a few months). As a society, we associate commercials as a bad experience, only comparable to going to the dentist. For outdoor billboards, you have the added disadvantage that these are typically viewed in the seven seconds someone is driving buy. This means the advertisement has to be noticeable, creative, potentially funny and grab the attention, in 7 seconds.

Here are some very creative outdoor billboard ads that could be award winners:

FORMULA TOOTH PASTE: Builds strong teeth. The billboard image is a young man actually pulling the billboard itself apart, complete with exposed girders. An image that demonstrates the message.

LEGO Imagine: Billboards designed with Legos, to look like the bus stop, complete with matching background of the real buildings and streets, with their own LEGO characters inserted.

HOT WHEELS: known for their small cars and the creative raceways that kids can build, used a billboard that emulates a race loop and attached it to a real freeway overpass. The appearance is that the overpass does a loop.
BMW: Addressing the challenge from the billboard erected by Audi stating “Your Move BMW”, the second billboard was placed in the perfect position with an image of their car and the word ‘Checkmate’. Well done BMW, well done.

BIC RAZOR: Simplicity at its best. Just a blank (or hairless) billboard and a large Biz razor leaning against it. Only other thing is the Bic logo at the right lower bottom corner.
IKEA: Images of a variety of stools with the simple words “Come Check Out Our Stool Samples” (because everyone likes potty jokes)

PANASONIC: Nose hair trimmer. Makes use of a billboard with an image of a guy with the regular electronic cables strung up and through his nose, to appear like overgrown nose hair. Brilliant.
SUBWAY: large billboard with the word “Sex” in huge bold lettering, followed by the “Ok, now that we have your attention”. Everyone knows sex sells, so I guess it goes for food as well.

OLDTIMER: This wouldn’t work anywhere else, except the opening of a tunnel. Extra large picture of a woman with her mouth open – and the mouth is also the mouth of the tunnel. Ad words: All you can eat rest stop. This is large enough that it grabs your attention miles before you even get to the tunnel.