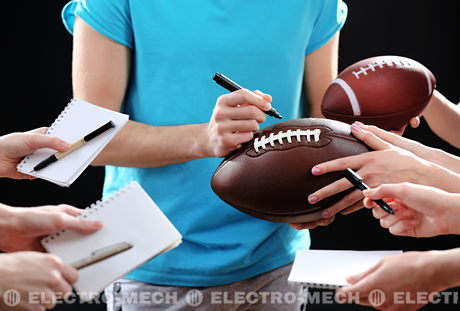 George Blanda was the oldest player in the history of the NFL. He retired at the age of 48, just short of his 49th birthday. The football scoreboards showed that he played for 3 teams in his career; the Chicago Bears, Baltimore Colts and Oakland Riders. He played a large part of his career at the Oakland Riders and holds the record for the most season of NFL football: 26. He was a quarterback and played for four decades, in which he saw many changes in the game of football. He was also a great kicker and continued to kick exceptionally well until he (finally!) retired.

Carney has not retired yet and is a free agent. He is now 46 and has played for a number of teams such as the Kansas City Chiefs, New York Giants, New Orleans Saints, San Diego chargers and many more. In the 2009-2010 season he was with the New Orleans Saints where he helped players to improve their kicking ability. He was working as a kicking consultant with the team, however, when the Saints’ kicking specialist, Hartley, missed some crucial field goal attempts, Carney resigned. He is only the 6th player to have played a total of 300 games in his career. At the tender age of 46 we can now saftely say that his career is over!

For more information on the NFL, go to: en.wikipedia.org