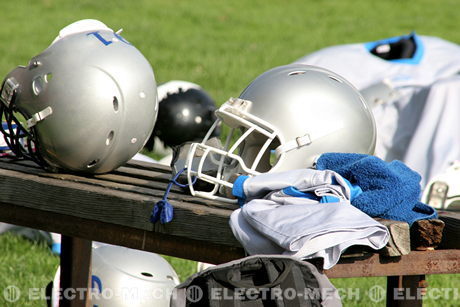 Tampa, Florida is home to some of the best sports teams and also part of the lightning capital of the nation. Whether you are fan of the Buccaneers, Lightning or Rays, the stadiums are packed for every game. A a football underdog team, Tampa Bay has shocked the country with an incredible array of talent. Football scoreboards are top of the line and are followed avidly by each loyal fan. The subtropical climate, combined with the beauty of the gulf coast oceans makes the Tampa area one of the most coveted areas of the country to live. Tampa experiences a rich cultural diversity and an even more unsettling past.

The original inhabitants of what is now known as Tampa were the Tocobaga. The Calusa Native American tribe lived south of the area and their own name for the area translates into sticks-of-fire, which is assumed to relate to the many lightning storms and strikes. There is a controversy on the actual name, as other translations also refer to what might have been the Charlotte Harbor Bay that was missed during an ocean voyage and then simply moved further north as the actual name of the Tampa Bay harbor. The Spanish explorers discovered the area in the 1600’s and later landing brought European diseases that all but wiped out the indigenous peoples. When the Spanish search for gold brought devastation to the area, it didn’t see any population for almost 200 years. It wasn’t until the 1800’s when there was a small fort built by the United States Army.

The area also had inhabitants of the Seminole Native American tribe that were driven north, combined with a small population of Cubans that fished the rich resources of the sea. The 1821 purchase from Spain by the United States Government opened up a new land for the country which was currently being used by slaves that were escaping the southern states. It remained a very isolated area, with few but the hardiest attempting to reside. The native Seminole tribes fought desperately to keep their lands, but were eventually pushed out, like so many other Native Americans.

The State of Florida became part of the Confederate states and the Union used Tampa Bay as a blockade to stop the transport of supplies. Battles ensued and much of the area was in dire need of repair by the end of the war. While reconstruction did happen, it was slow and arduous. Poor roads and little ease of transportation led to slow development. A deadly Yellow Fever breakout in the late 1800’s contributed to the burgeoning problems.

It wasn’t until the railroad was built in the late 1800’s that Tampa began to experience a time of prosperity. Commercial markets and trade with Cuba brought an enlightened time to the area with construction and the influx of population. The development of what is now known as Ybor City brought a thriving cigar industry to the area. This was enhanced by the discovery of phosphate near the railroad which created a boom of development in an almost over night scenario.

Tampa became a center in the twentieth century for a multicultural group of inhabitants with a heavy Cuban influence for those escaping the dictatorship in Cuba. Additional opportunities occurred with the intense addition of U.S. Military establishments. The growth spurred a time of progress that included education, the arts and community focus.

Sports has always been a mainstay of the area and the Tampa Bay of today has created some of the hottest sports teams around. Sometimes considered the underdogs of football, baseball and hockey; the support of their fans is unheralded. The fans have supported and built many stadiums to attend the games and Tampa has played host to many of the playoffs. College sports is another hot topic in Tampa Bay. The passion for sports is unheralded, and cars driving by are often seen decked out with the matching colors of their teams with coordinating colors noted on the football scoreboards in the forms of penants and streamers.

Tampa has become a tourist area, offering visitors an incredible array of beauty in the land, parks, golfing, zoos and theme parks. The diverse cuisine gives everyone choices of the combination of cultures that have enriched the area.