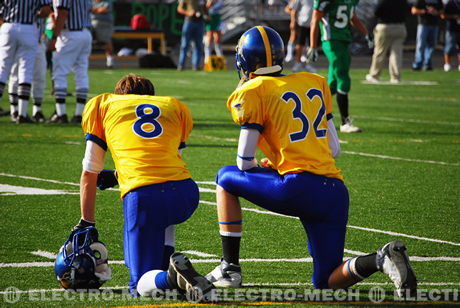 Jacksonville Jaguars – the Jaguars came into D-Day looking to bolster their QB, safety, DE and LB positions. They filled in their QB spot with Blaine Gabbart, who was in the top 3 of the most accurate QBs coming into the NFL Draft 2011. Next, they drafted OG William Rackley, WR Cecil Shorts, S Christopher Prosinski and CB Roderick Issac.

Kansas City Chiefs – the Chiefs needed a good pass rusher, WR, DT, QB and tackle. They drafted WR Jonathan Baldwin; however, in my (and everyone here at football scoreboards) opinion, his reputation and personality makes it seem like that the Chiefs may have bitten off more than they would like to chew. Next, they drafted OC Rodney Hudson, DE Justin Houston, DE Allen Bailey, CB Jalil Brown, QB Ricky Stanzi, OLB Gabe Miller, DT Jerrel Powe and RB Shane Bannon.

Miami Dolphins – the Dolphins entered the 2011 drafts with their sights set on filling the team’s offensive line, RB and QB positions. Hence, they began by drafting OC Mike Pouncey, RB Daniel Thomas, WR Edmond Gates, FB Charles Clay, DT Frank Kearse and DB Jimmy Wilson. Clearly, they forgot they had to shop for a QB, or maybe they just didn’t think it an important enough position to spend their money on!