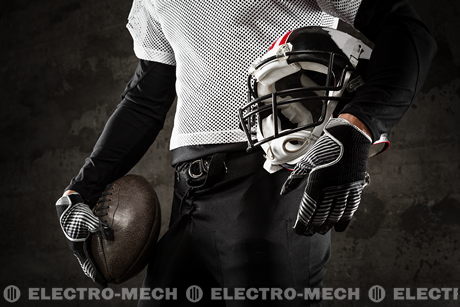 If you have never had the opportunity to visit Nashville, Tennessee, you may have some rather incorrect perceptions of what the city really is. Most people may be aware of the fact that Nashville is the heart of country music, but they may also be surprised at the fact that it is a thriving, cultural center and so many facets that you didn’t expect. Nashville is also home to an incredible group of sports fans. From the professional teams to their college sports, the favorite is LP Field, home of professional and college football and their beloved Tennessee Titans. The football scoreboards are a favorite focal point at every game and fans attend in record numbers.

Nashville is one of the port cities that was founded in 1779 and based its growth on its location. Originally named Fort Nashborough after a hero of the American Revolutionary War, the addition of the railroad as a center for transportation with the port gave Nashville its true beginnings.

Tennessee was included as a Confederate State and Nashville played an important role due to its port location. The Battle of Nashville was a key turning point in the war and, unlike many of the southern cities, did not destroy the city itself. Post war Nashville actually experienced a growth as they began rebuilding their importance in the shipping, trading and manufacturing industries. It was during this time that some of the most elegant architecture and building occurred. Nashville was becoming one of the most beautiful cities in the country.

The people of the area have always based so much of their lives around music. Nashville became the center for arts, theatre and most notably, country music. The Grand Ole Opry brought a new revitalization to the city when clubs, bars, restaurants and hotels were constructed to compliment the incredible shows. Tourists from all over the country would come to Nashville to share in their music and see the talent. Music Festivals, television and movies quickly followed and before you could blink and eye, Nashville became known as “Music City”. The main four music labels as well as many independents, all call Nashville their home. The expansion of Nashville also placed the city under a magnifying glass of expectations. Nashville lived up to the challenge and is now known for some of the best dining and entertainment in the entire area. Sports stadiums and fields are a top priority in Nashville. If you arrive for a visit during one of their big games, don’t be surprised if the town looks a bit empty. Everyone attends and supports their favorite teams. Just look for the lights of the football scoreboards and you can join the fun.

Nashville has also blossomed in other lines of business and has become home to some of the nation’s largest healthcare industry corporations as well as automotive manufacturing. Anyone who visits Nashville also knows that just about 1 ½ hrs outside of the city, is the famed Jack Daniels Whiskey distillery, which has managed to maintain it’s country appeal for all of its visitors.

Country music, combined with the location may have been what gave Nashville its start, but it’s the people that reside there that give it the flavor. There is a small town, home atmosphere that is freely shared with anyone that stops by. Whether in an elegant hotel or just walking by the many small shops of the area, one gets a very welcome feeling. If you ask the locals, you can find their favorite barbeque, but remember, they aren’t opened on Sundays. Nashville is a metropolitan town that offers a little bit of country and a lot of just down home warmth.