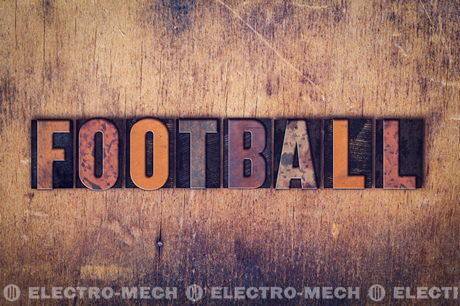 Number of Players
This article focuses on eight-player flag-football teams, with some mention of seven-player teams. Less common team sizes, such as six or nine, will not be discussed. The article discusses flag football in which offensive linemen are eligible to catch passes, blockers can make contact with defenders, and fumbles are dead balls.

Offensive Positions
The quarterback is the key position on offense, just as it is in other types of football. The quarterback should have a strong and accurate arm. The player also should be able to make good decisions quickly. A quarterback with running ability is a real asset in flag football, because many defensive strategies are predicated on pressuring the quarterback.

The center must have good reflexes. As soon as the ball is snapped, the center must be ready to block a defender. Usually there will be an offensive lineman on each side of the center to help with blocking. Some plays call for offensive linemen to hold a block only briefly and then release downfield to catch a pass that the quarterback flips over the oncoming rushers.

Running backs that can get to the outside quickly are powerful assets to an offensive team, because pitchout plays are less risky than in tackle football. In flag football, an errant pitch that hits the ground is a dead ball. A team that runs pitch plays will also benefit from wide receivers with good blocking skills. Running backs that can block can help with pass protection.

Defensive Positions
There are two basic types of defensive flag football positions: pass rusher and defensive back. The pass rushers line up close to the center and try to get to the quarterback as quickly as possible. If a running play is called, they will try to go after the ball carrier, whether it is the quarterback or a running back.

Defensive backs can line up across the line of scrimmage from a wide receiver or line up farther back as safeties. A defense can play either man-to-man coverage or zone coverage. Defensive backs should have good catching skills so that they can make interceptions. They also should be in excellent condition, because they usually have to run more than anyone else on the field.

It is possible for the defense to assign players as linebackers and have their role alternate between running back and defensive back. A linebacker will usually line up directly behind the pass rushers. Linebackers and safeties are more common on eight-man teams than on seven-man teams.

Basic Flag Football Drills
Among the most popular drills are two involving pass routes and pitching the ball. The pass-route drill includes a quarterback and two other players. The other players serve as a wide receiver and a defensive back. The wide receiver runs a basic route and the defensive back tries to defend. The quarterback releases the ball at the moment the receiver is making a cut. This helps develop timing on the offensive side.