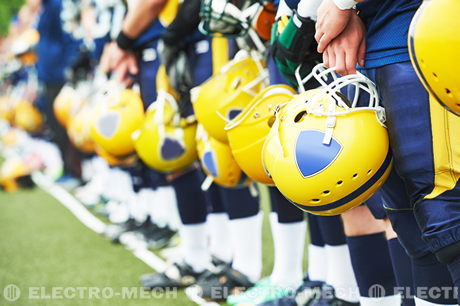 Athens Georgia is considered to be one of the few cities in the country that was founded on the concept of education. A visit to Athens shows you that it is so much more than learning. The area is vibrant with art, culture, music and an incredible array of things to do. One of the prized accomplishments is the intense pride that the people of Athens feel for their local college teams. Attendance at any game is intense. Whether a small field or large stadium, basketball and football scoreboards and winning is an essential part of life in Athens.

It might be surprising to find out that the city of Athens hadn’t been originally planned to be there at all. The original land area was established for the University of Georgia and logically, the town of Athens grew around it. The first university buildings were actually made from logs, with additional grants throughout the years to expand the school and quality of architecture. The small town of Athens slowly progressed, with cotton as the main subsidy that kept the economy going. The local businesspeople used wagons for transport on muddy streets. When getting stuck became increasingly frustrating, they made arrangements to have the railroad come through the area.

The Civil War had the town of Athens firmly embroiled as a main supply station for the Confederate troops. The Athens area was also center for a few skirmishes between the two sides. Post war days proved to be better for Athens as city planners focused on the growth of the town into a city. Many of the slaves that had been freed relocated to Athens and by the late 1800’s there were paved streets and a more established infrastructure to support the town. The early 1900’s showed an Athens that would not be recognized by its founders. A much expanded city now proudly shared the restaurants, cafes, upscale neighborhoods and some of the first African American middle and professional classes.

World War II brought government installations to Athens through training facilities for pilots via the U.S. Navy. Later additional government educational sites expanded the area with both jobs and opportunities.

The Civil Rights movement was played out in Athens. As a southern city the times were difficult and philosophies of long held beliefs are hard to change. Athens had the distinction of having the first two Black American students enter the University of Georgia, however, only a few years later Athens became a focal point of legislation when a Black American Army Reserve member was brutally murdered by members of the Ku Klux Klan.

The Athens of today offers a completely different look and appeal for visitors. Revitalized Victorian style homes grace the area and blend with the area’s passion for the arts and music. The beauty of nature in the Athens area is captured and preserved with the many parks, bike and hiking trails. Restaurants and cafes offer a multitude of food styles, with special attention on the southern cooking they are so well known for.

The area has an incredible mixture of cultures with a special focus on the arts. There are many galleries to view some of the old and new styles. Athens has developed a new and more hip attitude and any visitor that finds themselves in the area will be overwhelmed so many things to do and see. If you come to visit and the town seems a bit empty, it’s probably because everyone is at a local game. The University of Georgia offers many exciting games and the local parks and recreations have more games and events that you could accomplish in a month. Just look for the light of the basketball and football scoreboards and you can join in the fun.