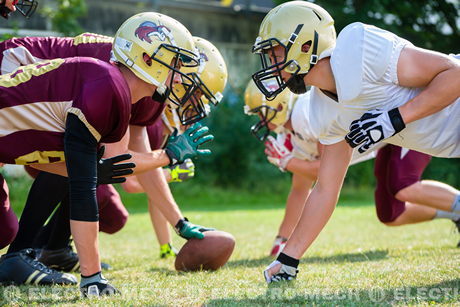 In a football scoreboards feature, we look at the worst of the worst from the NFL. If you are a fan of football, then you no doubt are aware of the various legendary players of the game, the best teams, the best coaches, the best plays on the field, the best players etc. However, you might not know who the worst ever players in the history of NFL are, because it simply might not have occurred to you. Therefore, for your benefit we, loathingly, present you the top 5 “worst” NFL players to have disgraced the beautiful game in the last two decades:

5. Jason David – he played as a cornerback for the Colts and the Saints during separate short stints from 2004 to 2008. With his ability to persistently miss out on interceptions, it is a wonder the guy even survived 4 years. The football scoreboards showed that throughout his 4 year career he managed to accomplish only 16 interceptions – “If they throw your way 30 times a game, you might catch one or two” best described Jason’s contribution to the game.

4. Roosevelt Potts – he played as the fullback for a variety of teams (and successfully managed to be kicked out!): Colts, Ravens and the Dolphins. He eeked out 711 yards in his pathetic career with the Colts before they finally realized that they didn’t want a player with the speed of an old lady to carry the ball for them.

3. Curtis Deloatch – he played as the cornerback for a variety of teams, like the Roosevelt Potts, the Giants, the Saints and the Panthers. His professional career lasted for the shortest time off all the great players on this list, from 2004 to 2007 i.e. 3 years. Curtis would have been a great cornerback, if only the cornerback’s job responsibilities did not include tackling and covering his team mates!

2. Browning Nagle – he was the quarterback for the Jets, the Colts and the Falcons from 1991 to 1996. It must have been a great accomplishment for him to prolong his professional career as long as he did, given the disappointment his famed “big arm” was. Nagle’s big arm was just that – a big arm, he had zero accuracy, and managed only 7 touchdowns and 17 picks.

1. Kenyatta Walker – this offensive tackle player has succeeded in topping the last list any professional would want to get on. He played for the Buccaneers from 2001 to 2006. The greatest highlight of his professional career was when he made 3 false starts on the down, facing the same player: Julius Peppers.

According to the list, the Colts have made some seriously questionable picks to have inherited 3 of the 5 worst NFL players over the last 2 decades!

For more information, go to: www.nfl.com