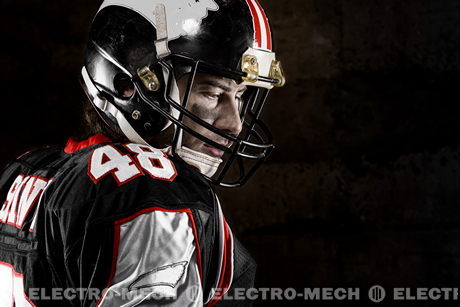 In a football scoreboards feature, we look at 5 great influential football players. Professional sports are all about elite skills. If you have the elite skills required for playing a sport at the highest level, then it is possible that a scout might recognize your potential and recruit you. Professional sports are also about doing the best you can, and trying to constantly outshine in your area of expertise. However, having the skills that get you onto a team is very different from having the skills that set you apart from the rest of the players in your team and otherwise. These 5 football players had the skills and the ability to outshine everyone else, and gave the defensive coordinators aneurisms because of their ability to out-smart every single player who crossed their path. The 5 football players are players who changed the way the game is played forever; they are the game changers. Here are the 5 football players who, in my opinion, have changed the way the great game was played.

Pete Gogolak: Everyone has surely heard this legend’s name even if they do not know who he is or what he actually did; such was the level of his fame. He was the first ever player to have occupied the position of the kicker. However, this was not the sole reason for his nuclear rise to famedom; he strayed away from the times’ more conventional style of kicking and invented the soccer style kick. The football scoreboards showed that he is the Giants’ all-time leading scorer, with 646 points.

Elroy Hirsch: More famously known as “crazy legs”, Elroy Hirsch was the player who changed the way the offence was run. He was one of the few of his time who played receiver. Without his position as the receiver and his offensive plays, football would not have become as aerial a game as it is today.

Marshall Faulk: He may not have the red cape but, he certainly had the strength and speed that was mind boggling to all other players. Opposing linebackers had to mentally prepare themselves before going up against this guy: Is he going to run me over? Is he at wideout or in the backfield? He was the player who cleared the way for the running backs.

For more information on Kellen Winslow, go to: en.wikipedia.org