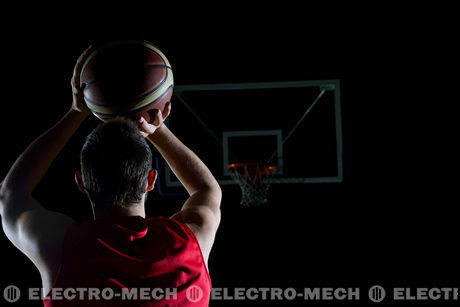 For new fans to the sport of basketball, or for any sport for that matter, the specific terminology of the sport can be a little overwhelming. There is confusing terminology for just about every skill in the game including dribbling, rebounding, defense, and of course shooting. The question of “What is a field goal in basketball?” has been asked by many novice fans watching basketball for the first time. Most people would assume a field goal is the same thing as a jump shot. But the answer is not as cut and dry as most people would think since there are several types of field goals in the sport of basketball.

Basketball field goals can be classified by any shot taken from the court, whether it be a layup or a three point shot. When coaches and announcers talk about high percentage field goals they are referring to layups and dunks, the two field goals that have the highest probability of going in. Of course, as a coach, you love to see more of the high percentage shots taken than those of a lower percentage. The better the player’s skills then the higher their field goal percentage will be. A player with good shooting skills usually averages about 40% from the field. The term “field” or “the basketball field” refers to the court, hence the name field goal. In my opinion, and I’m sure other fans as well, the term field goal sounds a lot better than the term court goal.

Any new fan of basketball might be a little overwhelmed with the terminology and rules of the game. There are so many phrases to describe dribbling, rebounding, defense, and shooting that it can often seem like the announcers, players, and coaches are speaking a different language. But after you’ve become accustomed to the phrases, you’ll feel like an old pro. In fact, the next time someone asks you about field goals in basketball, you can rattle off the information as if you’ve been a coach your whole life. Here at Electro-Mech we not only make electronic basketball scoreboards but also following the rules and customs of basketball game and share this information with you.