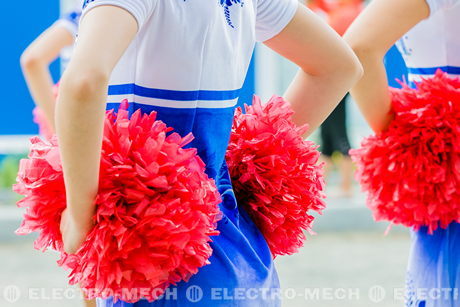 American was founded by people that considered themselves individual thinkers. It is therefore not surprising that this culture continued as we developed as a nation. The U.S. takes great pride in establishing unique traditions that are completely alien to other countries. Our attitude towards our sports games is often a lot more obsessive than the rest of the world and this includes the concept of cheerleading. But cheerleaders and sports fans are not the only things that differentiate Americans from other countries, there are many things that we do that, frankly, the rest of the world considers bizarre.

We have to understand the other countries are not quite as expansive as the U.S. The logistics of the sheer size of America allows us the opportunity to hop in the car and drive long distances, without even thinking about it. Other countries find our fascination with driving everywhere, rather odd.

The idea of a super-giant store or big box retailer that offers the advantage of buying anything at any time is completely American. When people from other countries visit, they are overwhelmed by stores such as Walmart. It takes people from Japan a few moments, standing at the door of a typical Home Depot, to get the full idea of what it is.

In other countries, the price tag of an item includes any additional charges, such as sales tax. Europeans are astounded that the U.S. price tag is only for the item, and doesn’t include any ancillary charges.

It goes without saying that America has a strange attitude about sex. This reaches back to our ‘Puritan’ days, that doesn’t seem to be able to separate sex from nudity. Many other countries have a culture that includes a certain pride of the human body. Not so in the States.

As a country, we seem to also have an obsession with cheese. Americans have cheese on just about everything, and this is a concept that simply can’t be understood by other cultures. It is probably another reason why Americans have such a high instance of cholesterol problems.

Pumpkin flavoring. Yes, believe it or not, people from other countries find it strange that we choose a holiday or season vegetable and decide to use it as flavoring for everything else. From coffees to air fresheners, in the fall, pumpkin scent is everywhere.

Cheerleading in the U.S. is indeed, quite the fascination. Smiling young women, dressed in very little (as far as clothing), prancing around in front of men, with their images on electronic scoreboards, is just something that isn’t done in other countries.

Our sense of flags and flag ceremonies in the U.S. is quite uncommon as compared to the rest of the globe. While we may have started these practices out in a concept of honor, it has been taken to a level that other people simply don’t understand.

Other cultures have their favorite morning drink, but, as with much in the U.S., we have taken the idea of coffee to another extreme. It is part of our tradition to take our coffee with us, everywhere we go. In other countries, they set aside specific times of the day or as part of a traditional experience for their favorite drink. One may assume Americans take our coffee because we are an on-the-go society.

Obsession for a school alma mater is another topic that people from other countries cannot wrap their heads around. Many might be proud of their school, but Americans plaster their pride on their cars, with flags, stickers, financial support and even in sports games.